Christy Turlington is not at all nostalgic for '90s fashion

“I didn't find it particularly… amazing.” 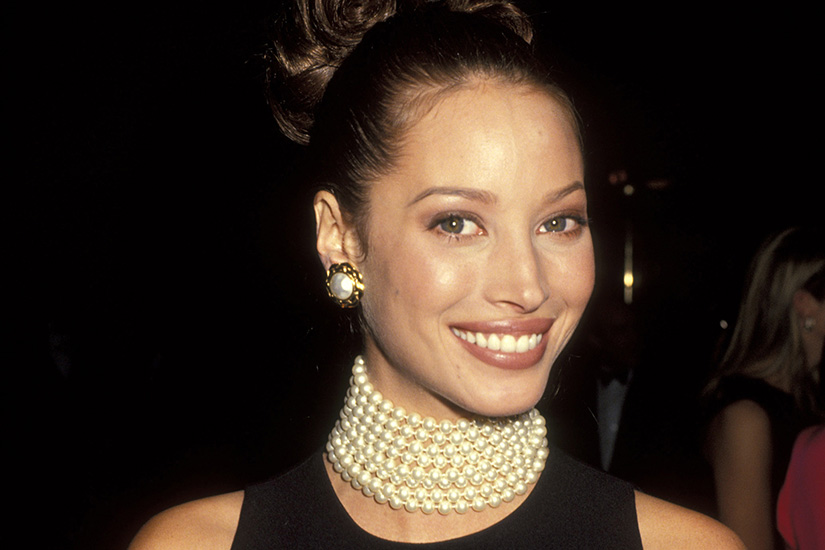 Every now and then, moments happen in life that are so surreal you have to stop and pinch yourself. Sitting on the same couch as THE Christy Turlington Burns in a penthouse suite in New York City was certainly one of those moments for me. On that freezing cold February afternoon, Turlington managed to radiate warmth and charisma as she passed along life advice and reflected on her incredibly successful career. “I moved here in 1987,” she said as we gazed out over the Manhattan skyline. “I started working with Calvin Klein that year, so it really has been a part of my entire career – professional and otherwise.”

Calvin Klein launched Eternity fragrance in 1988 and tapped 19-year-old Christy to spearhead the campaign, one year after her move to the big city. Fast-forward 29 years and Turlington has returned to the fragrance for the latest iteration, Eternity Intense. “The imagery over the years has always been very classic and iconic,” said Turlington. “Calvin was really one of the first to be able to go in that direction and make an impact that continues to be felt. The fact that it is still around and still as successful as it is… It is a very enduring brand in fragrance.”

It must be so exciting for you to be back with Calvin Klein. How did working with them in the early ’90s influence your career?

It was a really exciting time, the brand was the bar for everything in terms of advertising and imagery. Calvin was really one of the first to be able to go in that direction and make such an impact that is continued to be felt today. The fact that it is still around and as successful as it is, that is a sign of a very enduring brand.

Are you at all nostalgic for the ’90s?

No! [Laughs] It’s funny, when you are in fashion for so long, everything eventually comes back. I didn’t find the fashion in the ’90s to be particularly amazing… With the exception of Calvin there are very few other brands that sort of stuck with a minimalist, clean look. A lot of it felt very confused. There was a weird thing happening culturally at the time with like club kid’s influences and platform shoes and grunge. It felt very cluttered. So to me I don’t look at it as like, “Ohhh ’90s fashion! I loved it!”

Linda Evangelista, Christy Turlington and Naomi Campbell at the CFDA Awards in 1994 in New York City.

The industry has changed so much since the ’90s. Models are now expected to be on platforms like Instagram and Snapchat, which is almost considered an extension of their contract. What kind of affect is this having on the industry?

I think there are higher expectations for models and other influencers to keep a brand relevant, which I think is funny. It is now different than it ever was. I think what you put on your social networks should be a personal choice, the idea that that is now an extension of your work… that doesn’t feel very authentic, but it is new terrain. I think if young people want to use social media as a way to create their own voice or platform, then great the more power to you I suppose. But you know it is hard for me to think about what that would be strategically because I came to it so much later, and not when I was trying to build a brand.

What do you think the difference is between an influencer and someone who is truly influential?

I use social media mostly for my work through my organization Every Mother Counts, so I mostly follow people that are experts in their field in global health or public health or maternal health. I don’t really like look to celebrities or influencers as a way to like live my life per say. I think as a yoga practitioner and as a person I am a big believer in “we are our best influencer ourselves.”

Do you have any advice to social media users to help them use their platforms in a positive way?

I guess it depends on the kinds of qualities that you find attractive. I am a little bit suspicious of the idea of having to share every thought and idea with everyone at all times. But, as we all know there is a really positive side to that too, certainly in terms of news and the immediacy of things that are happening around the world at the same time. Use social media to become more educated about things, but then question yourself and ultimately listen to your inner voice rather than outside influencers.