You Should Listen to This Enlightening Podcast About Clothes

Articles of Interest is a new podcast that highlights what we wear and what it means. 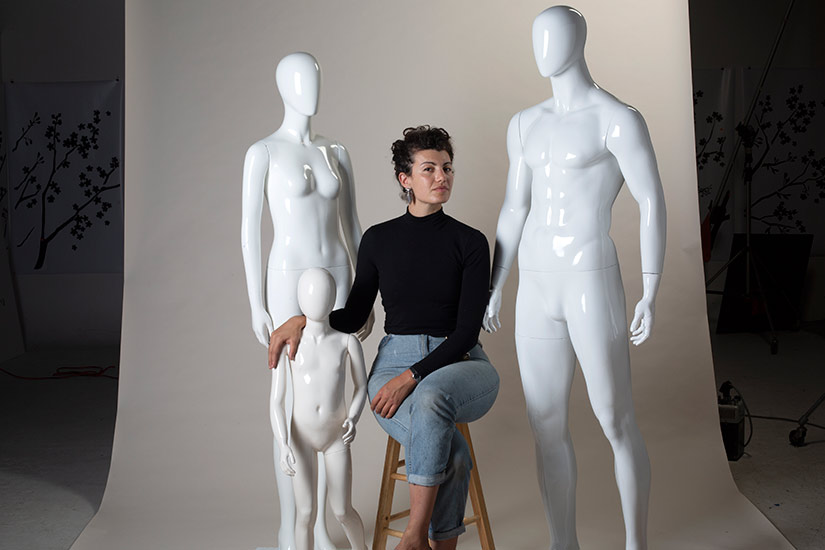 What do plaid flannel, Hawaiian shirts and denim all have in common? Besides being found in virtually every closet around the world, each one of these common garments have stories that reach far beyond the individual wearer. From tracing the origins of one of the most popular patterns in the world, to exploring the connection between casual wear and those ubiquitous floral shirts, the new podcast series Articles of Interest, aims to change the way we think about our wardrobe.

The six-part series, created and hosted by Avery Trufelman, will air twice-weekly episodes on Radiotopia’s architecture and design podcast 99% Invisible (for which Trufelman is also a producer). Each episodes takes a critical look into an aspect of fashion and how it intersects with design, society and culture.

According to Trufelman, the idea for this series is nearly a decade in the making — it all started when she visited a Vivienne Westwood retrospective. “99% Invisible will highlight the unexpected genius behind the barcode, or the person who created the pound sign, and I think it’s just as important to highlight the person who invented punk — this thing that we don’t think of as having a designer behind it,” she said.

We caught up with Avery Trufelman to talk about the process of creating this series and how it’s actually convinced her to buy less clothing.

What sparked your interest in creating a series on clothing?

“Fashion is this kind of constant churn of popular taste, and clothing is just as important as buildings or cars or graphics or any form of design in telling us about ourselves, what our priorities are and they affect the way we move through the world. The interesting thing about clothes is we actually have way more control over our clothes than our buildings, our streets or the layout of our parks because we all get to go to the store and choose how to dress ourselves.”

How did you decide on the topics for each episode?

“I have this studio space [where] I painted a huge blackboard wall and just wrote down all these ideas and tried to find the way that they connect. You can absolutely look at them individually but I love how certain themes come up over and over again. If you listen to all of them in order, you’ll understand some threads that run through them — threads about slavery, threads about class, about privilege, about the rise of casual wear, about the difference in gendered clothing. The way I think of it is kind of like a podcast concept album. They all create a little journey.”

What was the most surprising thing you learned from creating the show?

“How wasteful clothes are and the incredible environmental impact of the clothing industry and how much plastic is in all of our clothes. It’s funny because simultaneously working on this series has made me appreciate clothes in a new way and really looking at what people are wearing but it’s also made me very much abhor going out to buy new clothes so I’ve been doing a lot of thrifting.”

The six-part series premieres September 25 and will run through October 12  Image by: Matty Lynn Barnes

Were there any challenges you came across while working on the show?

“In a weird way, I found it harder to get people to speak with me for this story more so than with normal 99% Invisible [interviews]. I think sometimes people think I’m working on some sort of puff piece, especially when I was reaching out to musicians or professionals or people who aren’t involved in the clothing world. I think they worried that I wasn’t taking them seriously, especially women, which I absolutely understand. I don’t want to talk about what I wear — I want to talk about my job and what I do. I have absolute empathy for them and I apologized profusely right away but it’s so funny that we’re still at the point where if you’re trying to talk to someone about their clothes as a lens into who they are and what they do, it’s very hard to convince them that your take is not just going to be, ‘Where do you shop?’”

Tell me about the technical design and structure of each episode.

“Every episode starts with an interview with a friend. I really wanted to start with a ‘wearer’ as I call them, someone who’s really engaged in this article of clothing. I wanted to push back at the omniscient narrator that we normally have for 99% Invisible because it’s very fun having this overarching voice guide you magically through the world we take for granted but I think this is also a fun departure to start just with a friend — just with a normal person, with a normal voice, with a little tiny anecdote. That was a real part of the process, thinking about whose story I wanted to be at the top and how I wanted the stories to weave into the larger episode. I try very, very hard to make sure there are a lot of women and a lot of people of colour, to make these voices as diverse as possible.”

What do you hope listeners will take away from the show?

“I hope that people stop buying and buy less. Clothing should be fun and it should be liberating for everyone of all genders and every age to feel free to express themselves while not buying as much. I hope that message gets through. Everyone has a lot of really strong opinions about what they wear and I think everyone wants to talk about it. It’s not just a mindless form of small talk — it’s a really interesting conversation. We should all be very conscientiously talking about what we wear and talking about our clothes and engaging with each other. That’s the cool thing — it’s kind of fun but it’s not just fluff.”

You can listen to Articles of Interest here. Episodes will be released on Tuesdays and Fridays, from September 25 through October 12.