The anatomy of an Hermès Kelly bag

Jennifer Carter, president of Hermès Canada, on how her mother’s ’60s-era Kelly bag has stood the test of time. 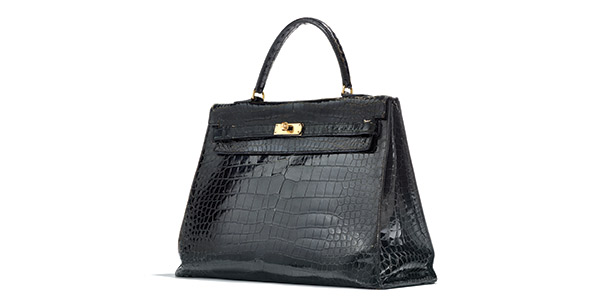 An Hermès handbag is the grande dame of luxury – a symbol of enduring love when gifted and a sophisticated nod to the world when carried. For Jennifer Carter, the iconic Kelly is more than just an accessory; it has a storied history. “It’s so vintage,” Carter says of her mother’s 1963 crocodile bag, which she received as a birthday present in the ’80s, not long after she began working for Hermès. “This bag was elegant before it was called the Kelly and still is today,” she remarks. “For almost 200 years, there has never been a compromise on quality. Hermès understands the nobility of the material and the importance of the artist and the craftsperson.” So, how does a bag achieve cult status across generations of women? “Well, I guess we’d all like to think that our second name is Grace,” says Carter with a laugh.

Designed in the 1930s, the Kelly bag signalled a changing of the times—a response to the modernization of society. Today, the Kelly is released every season in different leathers and colours. You can even find a Kelly wallet to match.

“In 1963, my mom asked my dad to pick up a Kelly bag for her while he was in Paris on business. Hermès had always been a big part of our household—we always had Hermès scarves. We were very spoiled. My father loved beautiful things.”

“In the early ’90s, I was in a meeting with Mr. Jean-Louis Dumas in Paris and I had my bag with me. He asked to see it and looked inside before taking me upstairs to where the leather craftsmen were working and introduced me to the man who made my mother’s bag.”

“Someone once said to me that the bag carries itself. You walk into a room and it says something; it has an elegance to it.”

FIT FOR A PRINCESS

“It wasn’t until 1956 that the bag was named after Grace Kelly, who had been using it to conceal her baby bump in public.”

This 1963 Kelly is priceless, but you can shop your own at hermes.com.

READ MORE:
14 colourful suede pieces that are anything but boring
13 bucket bags we’ve fallen for this season
The 50 best bags for fall