Inside the shopping mall's unexpected comeback

Forget online shopping. 2017's newest shopping trend will have you heading back to the mall. 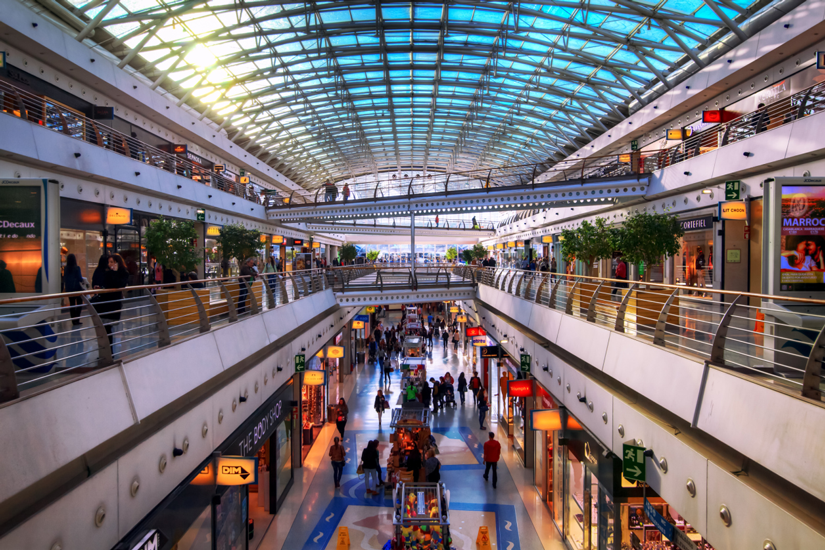 The mall has historically been the playground of high-school students, sorority girls and senior citizens, and the two-clicks-and-new-shoes ease of e-commerce has only made it easier to stay away from the hordes. But somewhere in between the agony of checking the mailbox every day for those new wide-legged trousers, the shipping charges and the perfectly reasonable desire to hear a salesperson exclaim “That skirt is perfect on you,” we’ve started to return to this newly beautified indoor haunt.

According to market research company NPD Group, bricks-and-mortar traffic has climbed 6 percent in the past year. The new crop of stores is part of the attraction: AllSaints, COS, Sandro and designer-label meccas Nordstrom and Saks Fifth Avenue have arrived north of the border. Stores like these have amenities to entice even the most dedicated window shopper to drop dollars. BCBGMAXAZRIA keeps spark­ling and still water behind the counter. Links of London offers on-site engraving at some stores, and Uniqlo, which just opened its first Canadian location in Toronto, alters pants free of charge. Last fall, some Stuart Weitzman boutiques hosted trunk shows where you could pre-order spring 2017 shoes; other stores host family and friends events with perks and discounts. Hint: We are all family and friends.

Department stores are now the ultimate wingmen to mall retailers. They boast nail bars, blow-dry bars and even real bars where you can have a congratu­latory/conciliatory post-shopping-spree cocktail. (Try the Smoked Maple Old-Fashioned at Beaumont Kitchen at CF Sherway Gardens in Toronto.) Stopping for lunch? Gone are the pizza-and-greasy-fries food courts. There are wine bars, restos and grocery stores so fancy you’ll spend more money on a brick of cheese than you did that Forever 21 sweater.

“We have research that shows that the longer customers spend in a mall, the better time they’re going to have. The better time they have, the more they’ll spend,” says Jason Anderson, senior vice-president of marketing at Cadillac Fairview. The company has dropped $2.5 billion overhauling properties in Vancouver, Toronto and Ottawa with the above luxuries and customer-friendly extras like valet service, phone-charging stations, text-message concierge and free Wi-Fi.

A proposal for the tony Oakridge Centre mall in Vancouver shows plans for a hybrid indoor/outdoor retail and restaurant space. Yorkdale, owned by Oxford Properties, was also recently upgraded—to the tune of $331 million. It now spans 185,806 square metres, with lighting and high ceilings that wouldn’t be out of place in a Real Housewives of Beverly Hills mansion, parcel check (to free up your hands while you shop) and personal stylists. It’s a brave new world of shopping, and everyone is a VIP.

This article originally appeared in the January 2016 issue of ELLE Canada.

Sole Statement : The Chunky Boots That Are Everywhere This Season

The chunkier the better when it comes to utilitarian footwear.

It was the most bizarre, socially distanced season ever, where models wore masks, the audience dialed in via Zoom and a strange post-apocalyptic aesthetic emerged that showed us both darkness and light.

The Puffer Coat: A Cult Winter Piece That’s All About Volume, Comfort and Style

Canadian Designer Hilary MacMillan Has a Clear Mission in Mind