And other takeaways from the designer as he celebrates a decade in fashion. 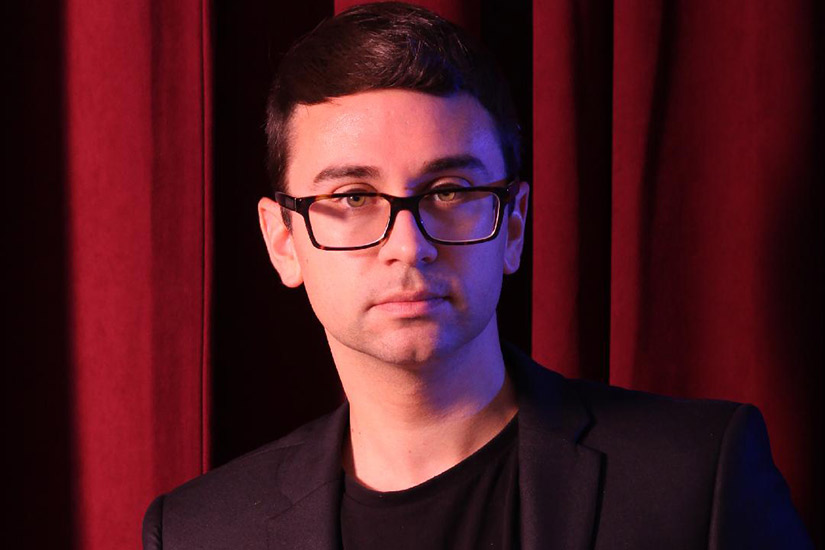 When I meet with Christian Siriano in a plush suite at the Bisha Hotel in Toronto to discuss his debut book, Dresses to Dream About, the designer is just as eager to discuss the ordinary details of my commute as the tome released to mark the 10-year anniversary of his label. For example, after a passing mention of the King streetcar pilot project, Siriano and I switch roles, with the designer taking a turn to interview me about the city’s transit system.

Perhaps it’s his disarmingly curious and genuinely good-natured manner, coupled with his indisputable talent, that has made Siriano a go-to designer for so many women—from Leslie Jones, who wore an old-Hollywood-inspired crimson number to the premiere of Ghostbusters, to Cardi B, who donned an icy-blue gown to attend Rihanna’s charity ball. “I think I’m making her wedding dress!” he spills when I mention the breakout hip-hop star.

Here are some other takeaways from my chat with Siriano about designing with diversity in mind.

The dresses in your book are photographed on mannequins, not models. Why?

“The book is not about the red carpet, and it’s not about celebrity. It’s really just about the work. I wanted people to see the process, from a sketch to a garment, and the stories behind it to show the more romantic side of fashion.”

A gown featured in Dresses to Dream About

I’ve heard that you won’t dress someone unless you’re a fan of her work. Is that true?

“That has always been important to me, but I always say ‘Designers need actresses, but they need us just as much.’ Actresses need to look beautiful, so it has to be a real collaboration—that’s when the best moments happen.”

Your runway shows feature models of all sizes, and high-profile body-positivity activists Danielle Brooks and Candace Huffine praise your line. What made you want to build your brand around inclusive sizing?

“When I was growing up, my mom was a size 16 and my sister was a size 2. Even in the early days, I was thinking about the women in my office—‘What if they can’t find something to wear?’ I noticed that my customers were everyone. I had to figure this out, because I wanted my brand to last. It’s important that the whole team is behind it. When we get a request, from an actress or whoever, we don’t even ask what size she is—sometimes we forget to ask! ‘Oh, we’re making a dress for Queen Latifah.’ And the team is like, ‘Great! What does she want to look like?’ It’s never about ‘What size is she?’”

It sounds like it’s a part of your brand culture.

“I hate pretentious fashion people. You can have it both ways: You can dress the fabulous It girls, and you can dress people who are maybe just other people’s definition of an It girl. I think it’s just a different mentality.”

Tell me about the spring collection.

“I called it my ‘Psychedelic Greenhouse.’ It’s how I envisioned a world of plants, flowers and creatures. It transitioned from these dark, sexy, almost orchid-like things to beautiful blossoms. I look to flowers because they’re so symbolic. The last four dresses were like flowers come to life—that’s why Coco [Rocha] and some of the other models decided to be more exuberant on the runway. It turned into craziness!”

It’s a great embodiment of your range: You have suits and stunning evening gowns in the same collection. Not many designers can do that so well.

“Because my customer is so diverse, it was important to stop designing for the people who judge my clothes and start designing for people who actually buy my clothes. I don’t want to alienate people. We have the cool, edgy girls, and we have the fantasy princess girls. I love that.”

Any thoughts on your next book?

“We’ve made custom gowns for everyone, and some never see the light of day, so that should be my next book: the things that were never worn! I remember in the early days I used to cry ‘Why won’t she wear my dress?’ Now we don’t even talk about it in the office; we’re like, ‘Whatever, let’s move on.’”

So if you could talk to your younger self, would you say “Don’t cry over those unworn dresses”?

“No, actually, because those were good lessons to teach myself. You have to get through that pain to get to the point where I am now.”