This denim is good to the last drop. 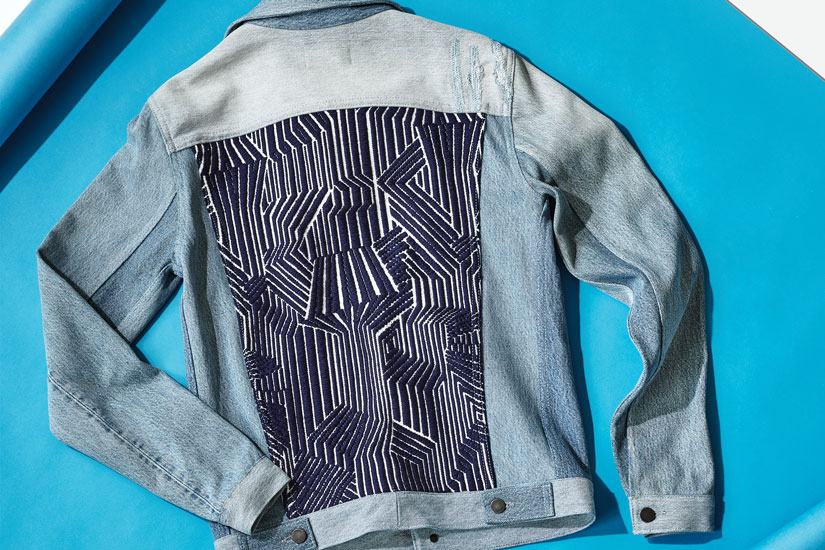 I first became aware of denim’s status-making power in the fifth grade as I watched Carly, a popular girl in my class, come to school wearing a different pair of jeans every morning. Some were splattered with glitter; others were low-risers covered with patches. (What can I say? It was 2002.) To an awkward immigrant kid—I wore a pair of green-plaid flares purchased by my well-meaning Russian mother—this near-endless rotation was baffling. One day during math class, I poked Carly with the eraser end of my pencil and asked her how many pairs she had. She tipped her head to the side like an alert puppy and answered, “I don’t know, like, 20?”

Carly was exactly 20 times cooler than me.

I smile at this memory as I pack a pair of vintage jeans into my suitcase before heading to California to check out the six-year-old Canadian-born, Los Angeles-based denim label Triarchy. I still don’t have a denim stash that equals my former schoolmate’s, but owning more than a few pairs isn’t unusual for most people. According to the Statistic Brain Research Institute, women average seven pairs of jeans in their closets. And we want more.

On fashion search engine Lyst, queries for jeans in Canada doubled between 2015 and 2016, while sales tripled. As more brands offer customization or re-release iconic styles, the temptation to buy is greater than ever. It’s enough to make you wonder: Have we reached “peak denim”?

Adam Taubenfligel, creative director for Triarchy, says yes. “The world doesn’t need more jeans,” declares the Vancouver native on the drive to the brand’s showroom in a downtown-L.A. loft. It’s an odd stance for a designer to take, but it explains why, in 2016, Adam and his siblings Ania and Mark (who handle the marketing and finances, respectively) launched the brand’s offshoot, Atelier Denim. Atelier consists of reconstructed denim pieces made out of vintage jeans. “This denim is a testament to slow fashion,” he says. “Every pair is different.”

A pair of Atelier jeans.

Triarchy’s finishing process is also special. Traditional denim laundries (facilities where denim is repeatedly washed to achieve the desired finish) overflow with wasted water. “It takes 10,978 litres of water to make a traditional pair of cotton jeans,” explains Taubenfligel, who equates the amount to 11,000 one-litre water bottles or 70 full bathtubs. “When you understand how much water you’re wearing, it makes you want to find a better way.”

To that end, the brand’s denim wares (both new and reconstructed) are processed at state-of-the-art laundries in L.A. and Mexico City; the former uses a mere 5 percent of the water that typical facilities use. It’s all thanks to a patented process that swaps harsh chemicals for equally effective “denim finishers” ozone and oxygen. And all the water is recycled, some of which is used to hydrate the millennial-approved succulent plants at Triarchy’s East L.A. laundry.

A shot from Triarchy’s spring 2017 lookbook, shot on location in Mexico City.

The last stop of the day is a small factory near the L.A. River, where the Atelier Denim range is sewn and where I’ll be helping to make a custom denim jacket. While Taubenfligel jokes around with the tight-knit group of sewers, I cut out what will become a pocket from the leg of an old pair of 501s. The jacket’s back panel will be cut from a blue-and- white geometric weave sourced from a tweed mill in France. This mix-and-match approach honours the nostalgic appeal of sturdy vintage denim while injecting custom details that feel thoroughly now. I’d like to think that Carly would be impressed.