When to make a move 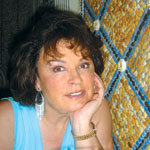 DEAR SUSAN: I met a guy just over four months ago who has since become a good friend. We had a similar upbringing and have similar goals. Last November, he proposed to his girlfriend. She said “I have to think about it,” which translated to “no” so they broke up. He’s still extremely broken-hearted. His ex is with another guy now. (I’m not sure if she met him before or after the proposal.) Recently I’ve come to realize that I don’t want him to be just a friend, but I know he’s not ready for a relationship. I don’t know if I should tell him or just wait it out. If I say something, I might lose him as a friend — and I really don’t want that to happen. Also, there’s a chance his ex might change her mind and want him back. If this happens, I’m confident that he would say yes. I realize that I might be setting myself up to be hurt. I just don’t know what to do! STANDSTILL

DEAR STANDSTILL: I’m going to put a pin in your balloon. You have fancied him from the word go, and you know it. The boy is still in love, and deep down he hopes his ex will come back to him. He’s so mixed up about it that even if he wanted to, he couldn’t see you or anyone else as a potential partner. So back off in that department or he’s going to run. Remember that in life, everything comes to those who wait. If you want him, you’re going to have to wait. Be patient, and keep your mouth shut about how you feel about him. His ex will come back when she is dumped, but she’s not for him because she’s a selfish, materialistic girl. He has to see this, and in time he will. So float back down to earth and keep both your feet planted on terra firma.

DEAR SUSAN: I have been going out with a man for two years now. About a year ago, I found out that he was talking to girls online and flirting with them as if he were single. I confronted him about it, and he told me he would stop. Recently I found out that he hasn’t stopped. I wanted to know exactly what he was saying to these girls so, using a random picture, I created a fake account. He complimented the fake me about how “hot” he thought I was and flirted like he hasn’t done with the real me in a long time. You’re supposed to have trust in a relationship, and I know that this shows I don’t trust him. I’m confused about what to do now. Help me! Thank you so much. FLUSTERED

DEAR FLUSTERED: No, it’s not normal for guys to do this. He may be flirting in cyberspace, but it’s still real. No matter what he says, he’s cheating on you. If you are going to give yourself to another human being, you have got to know that he is honest and trustworthy. I expect that you’re running around asking all your friends what to do. Only you can decide what you truly want out of life. This man is a fool, and he’s not going to change. You will never be happy with him. You may leave him now or later, but you will leave. New love is just around the corner — and he’s an animal lover.

Get advice on your relationship issues from other readers in our forums.