The Godfather of French Polynesia 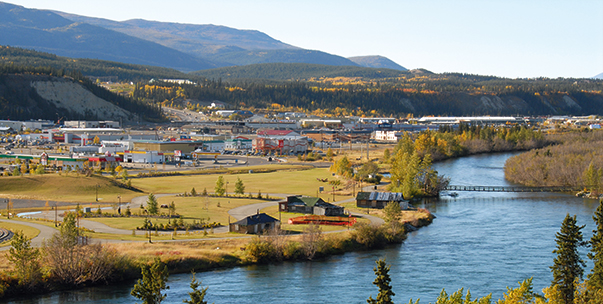 The Brando is set on Tetiaroa, a pristine ring of islets sitting above a living reef.

Marlon Brando has always been my favourite actor. From Kowalski to Corleone to Colonel Kurtz, the brooding, mumbling, raging characters he portrayed are unforgettable. Brando the actor became Brando the myth – the “Wild One” whom so many men like me still idolize more than a decade after his death.

That Brando purchased his own private sanctuary, a French Polynesian atoll, in the 1960s to escape the press and his bad-boy mystique makes him all the more appealing. “No man is an island, entire of itself,” wrote poet John Donne. No man except Marlon Brando.

Brando discovered the island while scouting locations for his Tahiti-set movie Mutiny on the Bounty. (He also fell in love with his Polynesian co-star Tarita Teriipaia, who became his third wife.) It was called Tetiaroa, a Polynesian word meaning “stands apart,” and Brando considered it his “unpretentious paradise,” where he felt “most at peace.”

He retreated here over the decades and dreamed of building a self-sustaining resort and a research station focused on protecting sea life. Although Brando didn’t realize his vision during his lifetime, his Tahitian family eventually did, partnering with InterContinental Hotels to develop a luxe 35-villa all-inclusive eco resort on Onetahi, one of Tetiaroa’s larger motus (or islets). So when I was invited to spend a long weekend at the Brando, it was an offer I couldn’t refuse.

I catch my first glimpse of Tetiaroa during my 20-minute flight from Tahiti. The atoll is strung like pieces of a delicate emerald necklace and set around a crystal-clear lagoon filled with countless shades of blue. It’s breathtaking.

So, too, is landing on the Brando’s tiny airstrip, where I’m met and whisked through a palm forest to my oceanfront villa. Camouflaged by thick clusters of pandanus, mikimiki and coconut trees and set well back from a gently curving stretch of white coral-sand beach, the one-bedroom retreat is 93 square metres of serenity. Floor to ceiling sliding glass doors open onto my own private deck and infinity plunge pool. Inside, light-wood interiors blend a classic Polynesian vibe with contemporary furnishings. If this be my last tango in Tahiti, at least I’ll go out a contender.

The resort is virtually its own self-sustaining carbon-neutral ecosystem cooled by deep-sea-water air conditioning and powered by solar panels and coconut oil. It would have made Brando, an early proponent of renewable energy, very proud. So, too, would the science now being conducted on Tetiaroa – not the sort that created the ghoulish mutants that ran rampant on that other island on which he ruled in the cheesy 1996 remake of The Island of Dr. Moreau but the sort supported by the non-profit Tetiaroa Society, which hosts international scientists who conduct biodiversity research at its eco-station.

Oddly, though, nowhere on the island – not at the Varua Polynesian Spa or the two restaurants that feature Polynesian-inspired dishes and classic French cuisine – do I encounter any trace of Brando; there are no portraits, old movie posters, kitschy bits or Hollywood memorabilia. My inner paparazzo is initially disappointed.

But after paddling an outrigger canoe around the Onetahi motu and walking the same beaches Brando once walked, I appreciate that his wishes that Tetiaroa avoid becoming a tacky shrine to his stardom have been respected. He was determined that it remain pure and unsullied – the antithesis of Hollywood – especially after his death, lest it become another macabre celebrity shrine. Another Graceland.

I did, however, encounter one visceral connection: Brando’s granddaughter, Tumi, who shows me around the atoll one morning. She is sweet and gentle and unaffected – at ease with her world, unlike her famously tortured grandfather. Yet they share the same dark, smouldering eyes. Together, we snorkel in the lagoon, floating through gardens of living coral on the edge of the reef, and then search for coconut crabs hidden away amid the palm trees.

When we encounter an orphaned red-footed booby chick that has fallen from its nest, Tumi bundles it up in my T-shirt and we carry it back to the resort, where she’ll feed it and raise it, safe from deadly coconut-crab claws. I like to think that her simple act of kindness would have touched her grandfather, a lifelong defender of the vulnerable in real life even as he often portrayed monsters onscreen.

On my last night at the Brando, I sip a Marlon’s Mojito at Bob’s Bar, the resort’s watering hole on the waterfront named after Brando’s long-time assistant on film sets. As I watch a blood-orange sunset, I imagine the two of them kicking back, discussing Brando’s endless plans to one day transform his beloved Tetiaroa into a meeting place where locals, scientists and travellers could converge and educate and inspire one another. That day has arrived, Mr. Brando. Thanks for sharing your Polynesian paradise with the world – and for being such a visionary Wild One when you weren’t busy being a lifelong mutineer.

Leonardo DiCaprio has one. So does Johnny Depp. Sadly, these water protected escape pads remain resort-free and ultra-private – at least for now. Here are three more A-lister islands you can actually visit, if price is (almost) no object.

RICHARD BRANSON’S NECKER ISLAND
British Virgin Islands retreat can sleep up to 30 guests and is a mecca for celeb weddings (like that of Google co-founder Larry Page). It’s also a frequent stop for Kate Winslet, who is married to Branson’s nephew.

IAN FLEMING’S GOLDENEYE RESORT
While not technically its own island, this Jamaica – set property is as exclusive as it gets. Book the Fleming Villa, where the author penned some of his best Bond tales. With its private pools and pristine beaches, you’ll be ready to swim another day.

DAVID COPPERFIELD’S MUSHA CAY
The 11 Bahamian islands of Copperfield Bay are the magician’s very own magical kingdom. They can be temporarily yours – and that of 23 of your closest friends – complete with extravagant extras like fireworks and a pirate treasure hunt.