Whether you’re an early adopter—yes, we know you’re hipper than hip—or a late bloomer who rides the wave once it’s already started, our annual forecast of the top trends in style, beauty, travel, culture and cuisine will keep you fashionably ahead of the pack in 2011. 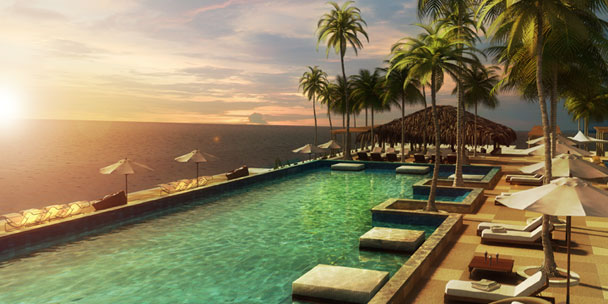 MIDDLE EAST
Early adopter Jordan. With new resorts in development by the Dead Sea and the Red Sea, Jordan has become the promised land for more than just Indiana Jones enthusiasts longing to see Petra.
Late bloomer United Arab Emirates. Carrie and co. played dress-up here last summer, but don’t let that dissuade you. The capital, Abu Dhabi, is still raring, with a Guggenheim Abu Dhabi now in the works.

SOUTH AMERICA
Early adopter Panama. The Trump Ocean Club International Hotel and Tower is set to open in Panama City this year, plus Central America’s first Westin Hotel and Hard Rock Hotel & Casino have been announced for 2012.
Late bloomer Uruguay. The resort town of Punta del Este is earning a reputation as the Saint-Tropez of South America.

ASIA
Early adopter Sri Lanka. Decimated by years of civil war and the Boxing Day tsunami, this teardrop-shaped island is poised for a comeback in 2011. Between innings at the ICC World Cricket Cup, which Sri Lanka is co-hosting this February, visit the elephant orphanage at Pinnawela.
Late bloomer India. Recreate The Darjeeling Limited aboard India’s first cross-country luxury train, the new Maharajas’ Express, with stops at the Rajasthan palaces and the Vadodara temples. But the top suite will set you back: Seven nights and six days in the presidential cabin costs $17,500.

EUROPE
Early adopter Greenland. The meltdown of the Greenland ice sheet is underway (making this a must-see before it’s gone!), and with new environmental regulations limiting cruise-ship traffic to the South Pole, visitors are heading north. All aboard Hapag-Lloyd Cruises’ 24-day Northwest Passage cruise (hl-cruises.com), which sails from Greenland to Nome, Alaska.
Late bloomer Iceland. The Eykafkallajökull volcano may have limited air travel last summer, but Iceland’s tourism hasn’t gone up in smoke—in fact, it’s on the rise. Another sure sign: Delta Air Lines will begin daily service from New York to Reykjavik in June.