Our Paris insider shares her style- setter’s guide to the world’s most fashionable city. 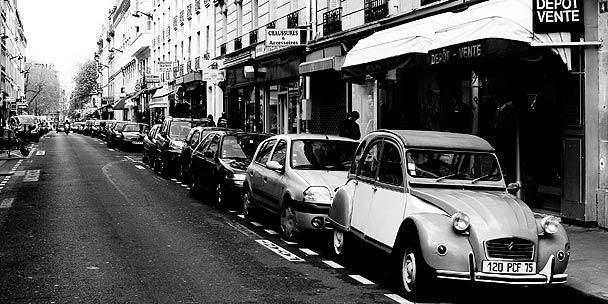 MUSEUM Tucked away in the ninth arrondissement, the Musée de la Vie Romantique used to belong to painter Ary Scheffer, whose salon was frequented by Turgenev, Chopin and Delacroix. Don’t miss the beautiful little tea salon in the garden (vie-romantique.paris.fr).

CAFE Always sit upstairs at Café de Flore, where you just might find your­self drinking a “noisette” next to Catherine Deneuve or Sonia Rykiel (cafe-de-flore.com).

Paris hotspots on the next page …

RESTAURANT The unnamed restaurant at the Philippe Starck-

It designer Christophe Decarnin for Balmain.

Must-visit site garancedore.fr, a blog by a fashion illustrator with the nonchalance of a bonbon-popping novelist.

Next hot arrondissement The ninth. It’s not a tourist trap, but it

has dozens of cool boutiques and restaurants, especially around Rue

Sale season Paris has two state-regulated sales a year, which last for six weeks and offer up to 80 percent off designer clothing. Start planning your trip now — the next one begins at the end of June!