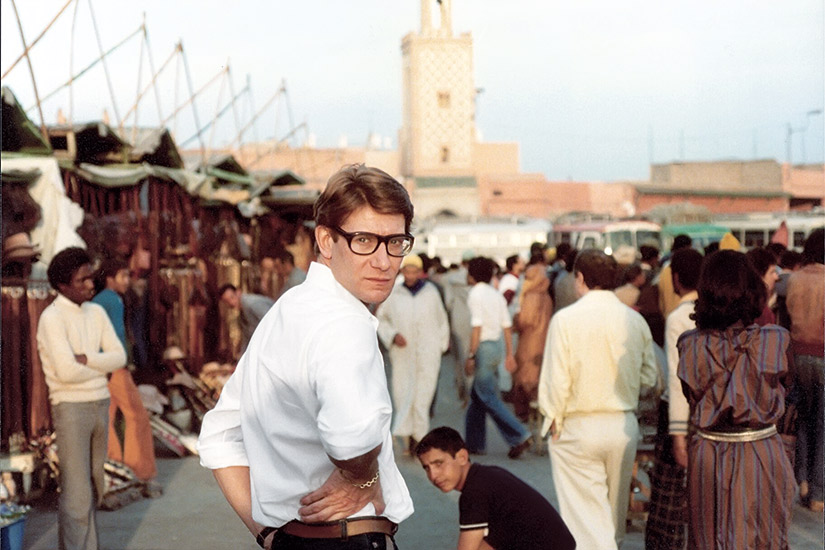 Still under the radar when Yves Saint Laurent fell in love with it in 1966, Marrakech offered him boundless inspiration. A hedonistic escape and creative retreat where the designer could relax and recharge, it became his second home. He and his partner, Pierre Bergé, bought Dar Es Saada (“house of happiness in serenity”), overlooking the Jardin Majorelle, in 1974. Six years later, the couple also acquired the garden — a one-hectare oasis of cacti, bamboo, orange blossoms and water-lily ponds created by painter Jacques Majorelle in the 1920s — and kept it as a public space to prevent it from being razed by a developer. (After Saint Laurent’s death in 2008, Bergé installed a memorial here.)

Fittingly, the new Musée Yves Saint Laurent Marrakech, which opened in October­, sits adjacent to the Jardin Majorelle. Elegantly contemporary — 4,000 square metres of burnished brass, mosaic tile and gleaming terrazzo designed by the au fait Parisian firm Studio KO — the building will house a permanent retrospective of the designer’s work drawn from the vast archives of the Fondation Pierre Bergé-Yves Saint Laurent. With its sun-splashed café, auditorium, gallery and event space, revolving art exhibits and 5,000-volume research library devoted to fashion, botany and Moroccan design, it’s as much a cultural centre as it is a museum. Its opening coincides with the renovation of a complementary sister museum in the designer’s Avenue Marceau atelier. “Paris represents creation, while Marrakech symbolizes inspiration,” says Marrakech museum director Björn Dahlström. Sadly, Bergé passed away in September, just weeks before both sites were poised for their autumn debuts. But, having overseen every detail of the museums, he surely knew what masterpieces they’d turn out to be.