September seems to be the month for artists to drop a new CD and we have the dish on three of the biggest! 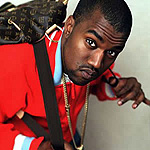 Kanye’s third album and latest release, Graduation, delivers what you want from Kanye. Like its predecessors (College Dropout and Late Registration), Graduation is an impressive effort by West. Of course it’s subjective, but to this female who likes music, Graduation is Kayne’s best album to date. I really hope this inspires his counterparts to come out with equally as inventive and fresh hip hop. Is it just me, or has hip hop of late stunk the joint out?

It’s really no surprise that this album is tight and well produced. Kayne has proved once again that he is a professional. If you’re a sucker for a rock/hip hop collaboration (rockhop if you will), you’ll like Homecoming featuring Chris Martin from Coldplay. His second single Stronger was released on August 21st and continues to get tons of spins on local Top 40 and hip hop radio stations. The third single set to be released is Good Life featuring T-Pain and Good Morning is another track that deserves airplay at some point. Other artists must just count the dollar signs when Kayne approaches them for a sample or duet. Kanye has found a formula that works and so long as he continues to tweak his style and writing, there is nothing this 30 year old can’t accomplish. Don’t worry though, even if you don’t like him, he certainly does.

I give it 7 livres and 14 chausettes.

If you’re musically adventurous, perhaps you have already heard of Kate Nash. I recently heard her hit single Foundations creeping over the speakers at HMV and Second Cup but she isn’t quite as well known in Canada and the US as she is in her native England, but it’s just a matter of time. At only 21 years old Nash can sing, write play the bass, synth, guitar and keyboard. Her first intention, however, wasn’t necessarily to become a professional musician. Having aspirations to act, Nash auditioned for The Bristol Old Vic Academy in 2006. She didn’t make it in and later that same day broke her foot falling down some stairs. Bad day to say the least. She was bed ridden for three weeks and her parents bought her a guitar to pass the time. Most of us might watch the guitar collect dust and dive right into The Young and The Restless (oh Victor Newman you ol’ scamp) but Nash took the opportunity to write and record on her laptop.

She’s often compared to Lily Allen due to her honest lyrics and obvious London accent but the comparison stops there. Have a few listens of her debut album Made of Bricks and you’ll quickly realize that Kate Nash is, well, Kate Nash. She’s funny, clever and clearly talented. She has a unique way of telling bad stories and making them sound beautiful. The result is an innovative, fresh sound blending folk, electronica and rock. Expect a few “F” bombs and the occasional curse here and there but with Nash, it somehow oddly ads to her integrity. I know it sounds weird, but trust me on this one; you’re going to dig it for sure.

I give it 9 pantalons and 12 voitures.Stars In Our Bedroom After the War Arts and Crafts Records

It’s a good month for music reviews. This month’s Elle reviews have, thus far, been positive and it continues with the latest album by Canadian band Stars. If you haven’t heard anything by Stars yet, you should make it a priority to do so. If you need to know what genre they fall in, I guess you could say “indie pop” but if either of those words scare you, just call them whatever you want because they fall into just about every category (well, not hip hop but maybe one day!) Fronted by singer-guitarist Amy Millan and multi music tasker Torquil Campbell, the fourth installment from the Stars certainly lives up to the caliber of what we’ve come to expect from them. In Our Bedroom After the War, proves once again, that Stars work well together as musicians, songwriters and all around performers.

I thought Meatloaf had ruined the male/female duet but Amy and Torquil have a chemistry and synchronicity that works so well it’s hard to believe that they haven’t been performing together their whole lives. Check out The Night Starts Here and you’ll see what I mean. Torquil’s voice kind of reminds me a bit of Paul Heaton from The Housemartins and on The Ghost of Geneva Height, he hits notes that would make Barry Gibb blush! Make no mistake of it, however, Torquil Campbell is distinctly unique as a songwriter and musician. His talent and personality translate well in this album. In Our Bedroom After the War is suitable for the car, the can, the party, the office…you get the point. Well done Stars for proving once again that Canadian talent is formidable.