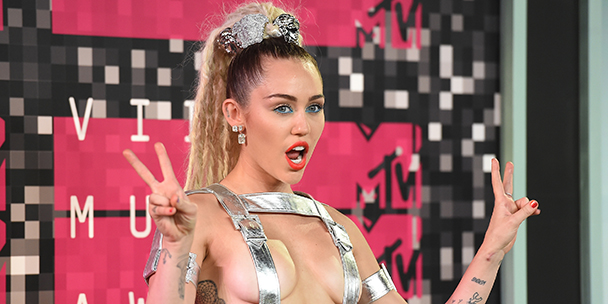 This weekend’s star-studded, Miley-hosted musical extravaganza (sometimes known as the MTV VMAs) just made its way into the record books…and no, it’s not for most fabricated beefs between pop stars in a single building at any one time.

Sunday’s show is officially the most tweeted about non-sports event since record keeping began in 2011. This should come as no surprise to any one  who followed along on social (tuning on actual TV in is soooo 2010)—between Taylor, Kanye’s speech, and just miley doing Miley, the show was snarky tweet catnip.

Here’s how the numbers break down:

In the US alone,  21.4 million tweets were tweeted on the subject of the VMAs. For comparison, last year only saw around 12 million.

The moment where it really exploded however, belongs to one (possibly) future president of the U.S.A., Mr Kanye West. The minutes after his 12 minute soliquoy were the hotspot of the night, generating 247,500 tweets.