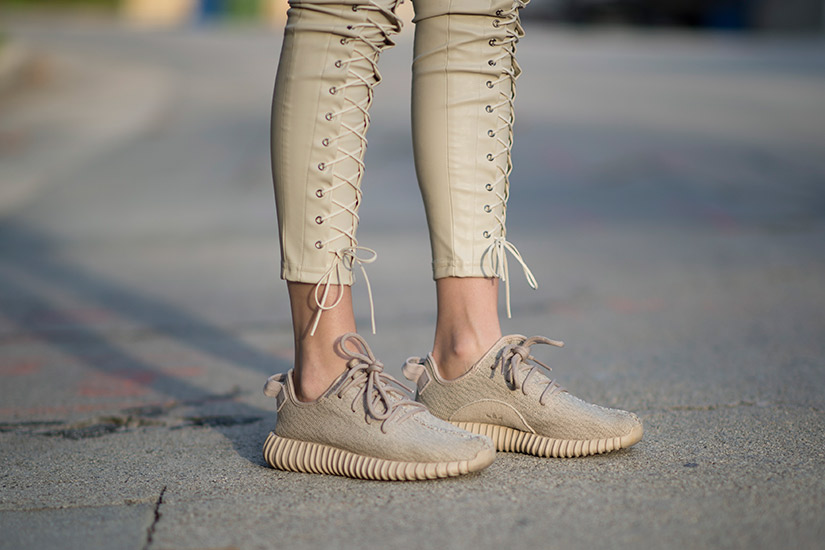 On Friday, March 24 at precisely 4:20 p.m., sneakerheads will gather at a secret Toronto location for a chance to buy a pair of Yeezys for $1. Some will think about the cult shoes’ potential resale value, while others will just hope to get their hands on the right size. One thing they won’t be doing? Waiting in line.

The concept of flash sales and highly anticipated “drops” (like a restock of Kylie Lip Kits or a new Supreme collaboration) is being democratized and it’s all thanks to—what else—an app.

Shopify, the Canadian tech company that powers e-comm sites for independent boutiques like Toronto’s Zane as well as mega brands like Kylie Cosmetics, launched the Frenzy app to allow its users to hold these types of, well, frenzied sales without the frustration of traditional online shopping—the hassle of credit card information and site crashes due to the high demand. Here’s how it works: the app lets you buy limited, exclusive launches from a smartphone and pay with a fingerprint via Apple Pay.

Kylie Cosmetics was the inspiration for the technology, says community growth manager Kevin Donnelly, who developed the idea along with fellow Shopify team member Tucker Schreiber. “I saw my girlfriend trying to buy the Kylie Lip Kit. She was on the website, freaking out, super anxious trying to grab it,” says Donnelly, “I thought, there’s got to be a better way to do something like this.”

Now, back to those $1 Yeezys. This week, Frenzy is rolling out a new feature called Dropzone, which works like this: a specific location is announced (via @getfrenzyapp on Twitter) and once you’re in the zone at a specified time (in the case of the first Dropzone, 4:20 p.m), you’ll have a chance to buy the shoes. It’s a way to kick off the launch, so it’s is a one-time deal. Quantities, naturally, are limited, so although you won’t need to camp out overnight, there are no guarantees that those 350 V2 Zebras will be yours. But isn’t that part of the thrill? If you do luck out, the product will either be shipped to you or picked up in-store.

Donnelly and Schreiber are both avid streetwear buyers, and they see this idea working beyond hyped-up sneakers—think music, concert merch and makeup. “The sale will only be visible to people in the specific location, but we want to make line-ups and raffles a thing of the past,” says Schreiber. “We want to make it a fair process,” adds Donnelly.

Although Shopify is keeping the details of future Dropzone sales under wraps, it’s safe to say that the concept will hit major metropolitan cities this year. See you there?