Wineaholics anonymous: The rise of drinking as self care

The reframing of wine as wellness is both ironic and potentially problematic. 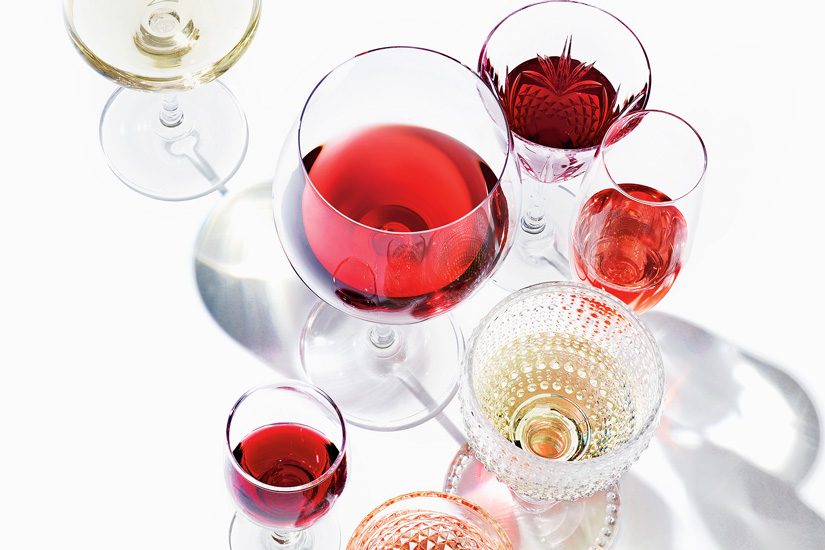 If you’re a fan of Chrissy Teigen, you know that the model and social-media star has long been a fan of getting her drink on. There was the time at the 2017 Grammys when she had a few too many and her husband, John Legend, had to help her take her jewellery off (as documented on Snapchat); the time she was “tequila drunk” while making a pork stew in her bathing suit; and the time she threw the first pitch at a Dodgers game just after declaring “Crap, I’m pretty drunk” on Twitter. In 2017, she made her debut as a spokeswoman for Smirnoff Vodka (in the past, she has done spots for Captain Morgan Rum), and she has always been as endearingly open about her love of booze as she has about her politics and her stretch marks.

Then, last summer, following a wellness retreat in Bali, she decided to take a break from boozing. Her lifestyle, she explained in  an interview with Cosmopolitan, had become a slippery slope of overconsumption — the endless events, meals out and hours-long awards shows were made tolerable by tying one on in advance. And while Teigen is a master at projecting a carefree, cool-girl lifestyle, in reality, she said, she often felt embarrassed and ill-tempered the day after. “I was, point-blank, just drinking too much,” she admitted, which may be her most relatable revelation to date.

Women are drinking more than ever these days. According to a 2017 study published in The Journal of the American Medical Association, the number of us engaging in high-risk drinking (more than four drinks in a day at least once a week) leaped by 58 percent between 2002 and 2013, while women with alcohol-abuse and -dependency disorders rose by 84 percent. In Canada, there has been a similarly significant rise in binge drinking among both teen and adult women. We used to hit peak booziness during our university years and early 20s, but today those frosh-week habits are following us well into adulthood, and the ethos is less “sex, drugs and rock ’n’ roll” and more “yoga, wine and whatever Gwyneth Paltrow is cooking.” That reframing of wine as wellness — as a way for us to relax and reward ourselves — is both ironic and potentially problematic given the number of women spending their so-called “me time” alongside a bottle of Sauvignon Blanc.

A half-century ago, the fact that women were pulling up a bar stool beside their male counterparts was a good thing. After decades of gendered expectations that deemed alcohol (along with swearing and the holding of strong opinions) entirely unladylike, the rise of female drinking culture was a demonstrable sign of our larger liberation: I am woman; hear me slurp. Around the same time, booze barons saw the previous generation of Johnnie Walker drinkers dying out and identified a new and under-served target: the female market. The “pinking” of the alcohol industry picked up in the mid-1990s with the introduction of Mike’s Hard Lemonade, flavoured vodkas and wines with stilettos on the label. Since then, the female-favoured categories, like ciders, radlers, craft coolers and, of course, rosé, have exploded in popularity. (The restaurant chain Earls reported a 700-percent rise in rosé sales in 2017 compared to the previous summer.)

Just as alcohol brands are marketing to women, women are using alcohol to brand and market themselves. “If you’re successful or sophisticated, you know your wines; if you’re hip, you know your vodkas; if you’re young and cool, you know your coolers,” says Ann Dowsett Johnston, author of Drink: The Intimate Relationship Between Women and Alcohol. To witness this first-hand, she adds, all you have to do is try to buy a woman’s birthday card — good luck finding one that doesn’t mention wine, shopping or preferring chocolate to sex. Certainly these are glaring stereotypes, but they’re ones a lot of women are gleefully leaning into. (See: #wineoclock, #daydrinking, #roseallday.) For a long time, many book-club gatherings have been code for “Let’s talk about the book for a bit before we get tipsy.” But today that same “and wine” trend has infiltrated the spa (massage and wine), the salon (haircut and wine) and even the yoga studio, where wine and chakras is the new wine and cheese — never mind boozy brunches, boozy baby showers and boozy play dates.

Motherhood and drinking has become its own subculture, where drinking is social currency among many “cool” moms who bond over the “Mama needs her MommyJuice” mantra. (MommyJuice is the name of an actual wine, btw.) Kathryn Jezer-Morton, a Montreal writer who penned an essay titled “I’m a Woman With a Drink, Not a Mommy Having ‘Mommy Time,’” notes that many mothers talk about their drinking habits on social media as a form of communication. “It’s shorthand — a way of expressing themselves while still seeming fun and cool,” she says. “Nobody’s going to go on social media and say ‘I’m exhausted, lonely and depressed.’”

This, says Dowsett Johnston, is the final and crucial factor in the discussion around women and drinking: As well as being an Insta-worthy social lubricant, alcohol is the fastest and easiest way to self-medicate. Women today report more depression and anxiety than men. We may have managed to close the gender gap in terms of drinking, but elsewhere all is not equal. In a typical hetero household where both people work full-time, women still handle the vast majority of housework and child care. We face greater pressure to play the supportive spouse and greater judgment around home/work balanc — all of which arguably give us greater motivation to reach for the bottle. Yet we are at a disadvantage when it comes to the potentially harmful effects of overconsumption — not just the psychological (see: anxiety and depression disparity) but also the physical, since our lower levels of dehydrogenase enzymes make us less able to metabolize alcohol. The solution, says Dowsett Johnston, is not abstinence but being aware that the messaging we get around booze is presenting the glass half full. “Nobody shows the runny mascara and the hangover the next day,” she says.

As for Teigen, she has said that she isn’t sure whether her drinking hiatus will lead to a more permanent state of sobriety but that she felt “really, really wonderful” after sitting out a few happy hours. Which is not to say that all women should consider doing the same—only that empowerment comes in many forms. For now, at least, Teigen will take hers in a virgin.

The Kanien’kehá:ka actor, filmmaker and Indigenous advocate proves there's nothing she can't do.