The Wing is coming to Toronto

We spoke to co-founder Audrey Gelman about its Canadian expansion. 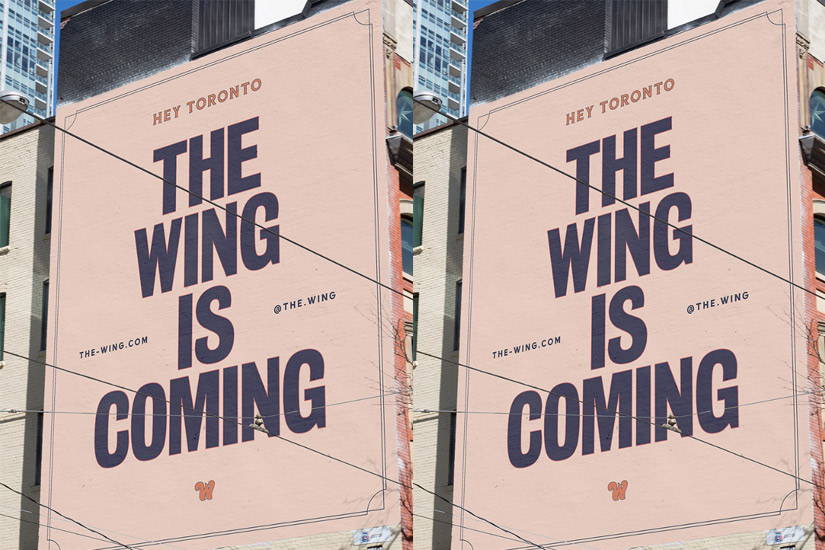 The Wing is heading north.

The women-only co-working space is opening six new locations across the globe, including a space in Toronto. “It was one of the first cities on our list,” said co-founder Audrey Gelman. “Obviously there’s a lot of really cool stuff going on and really creative women that are doing things on their own terms in Toronto.”

Gelman was understandably tight-lipped about location, etc., but blessedly affirmed that there will likely be Glossier. (Famously, the products are stocked on site.) “We know that there’s a huge Glossier following in Toronto and I think you can say a partnership is likely there.”

The first Wing outpost, which was inspired by the women’s social clubs of the early 20th century, opened in Manhattan in 2016. It’s also expanding to Los Angeles, San Francisco, Seattle, Williamsburg and London.

You can apply to be a member here– it will cost you about $3,000 a year (based on U.S. membership prices). But Gelman said she hopes to “bring the programming and the community that we have created within our first few spaces to as many women as possible.” Think drop-ins and events.

READ MORE: How women-only co-working spaces are changing the way we do business.