My TIFF: Behind the scenes with programmer Magali Simard

How this TIFF programmer surives a whirlwin 11-day work marathon. 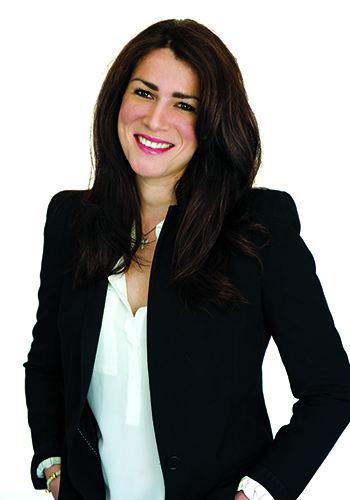 A big, beautiful madhouse of film celebration” is how Magali Simard, TIFF’s manager of film programs, likes to pitch her festival to neophytes. “A very organ­ized madhouse,” she adds, quashing the nascent speculation that TIFF could be anything other than a remarkably-well-oiled machine.

As Simard, a programmer for TIFF since 2010, gears up for 11 energy-drink-fuelled days of introducing filmmakers onstage, greeting industry delegates and attending A-list receptions, you might be taken aback by this dyed-in-the-wool cinephile’s chief concern: nailing the right outfits, day in, day out.

“I’m extremely prepared for the films I’m presenting and the meetings on my agenda, but I have to be savvy about how I dress,” she explains over the phone with a kind of infectious enthusiasm. “For me, it’s about respecting the amazing films that we get to premiere here. I want to make sure I look the part.”

Simard is quick to point out that TIFF is, above all, an arts festival, so having fun with fashion is a must. “I’ll go full-on black dress and heels one day and then do floral patterns, fluorescent colours or leopard prints the next.”

And don’t forget about the parties (Simard doesn’t), because with great responsibility (i.e., whittling hundreds of TIFF submissions down to 20-odd Canadian features) comes even greater party potential.

“Some are extremely glamorous and red-carpet-driven, while others are more artsy, held in grungy places,” she notes. “We go from star-studded galas to tiny Hungarian films no one’s ever heard of. You want to represent that in all facets of the festival—parties included!”

The best dressed celebs at the Venice Film Festival 2015