Usher has invited 'Promise This' singer Cheryl Cole to sing at his London concerts next February, promising he'll take her out on a date afterward if she agrees. 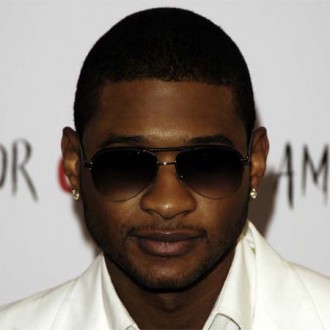 Usher wants Cheryl Cole to appear onstage with him.

The ‘OMG’ hitmaker has confessed he was bowled over by the singer and judge on British talent show ‘The X Factor’, and has invited her to support him when he plays in London next year.

The R’n’B star also confessed if she agrees to duet at the launch of his tour, at London’s O2 Arena, in February, he will take her on a date afterwards.

He said: “I want Cheryl on stage for sure. It will be really nice, if she has time. She got moves.

“Afterwards maybe we can have a roast dinner, or we’ll get Newcastle Brown Ale. That’s what you guys like, right?”

He added: “What kind of rock you think I live on? I want Susan to open for me in Scotland.

“I saw her on YouTube, she can hit some notes – we’ll shock people.”

He also plans for soccer player David Beckham’s five-year-old son, Cruz – who is already said to be a talented breakdancer – to star in his concerts in the future, and to become his mentor.

Usher – who is friends of David and his wife Victoria – added to the Daily Mirror newspaper: “Little Cruz is amazing. He can do breakdancing and head spins on the ground. He’s a little too young to come on stage with me, but one day he’ll be fantastic.”