The Vaccines have revealed that they collect postcards of every city they play in, so they can recall their gigging experiences. 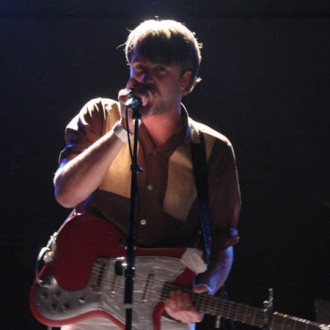 The Vaccines collect postcards of every city they play in.

Bassist Arnie Hjorvar, revealed the British rock group chronicle all their travels on tour by taking a souvenir from every town they play in.

He told website Noisey.com: “We always collect postcards of every city we’ve played in so we can have a little record of where we’ve been and what we’ve been up to.”

However the ‘If You Wanna’ hitmakers sometimes find it difficult to complete their collection, admitting one particular city in Northern England didn’t have any suitable memorabilia for sale.

Arnie said: “The last time we were in Sheffield we just couldn’t find one and I don’t know why because it’s glorious.”

Singer Justin Young also talked about touring the UK, saying the band always sell out their gig venues – but probably because most of them are so small.

He said: “This is our first time hitting the road properly. We’ve done one or two things but we’re touring straight pretty much for the rest of the year now, on and off.

“Everywhere we’ve gone the room’s been full. It’s never been very big, but it’s been full, which is encouraging.”

The Vaccines debut album, ‘What Did You Expect From The Vaccines’ is available now. To see more videos of the band performing visit www.Noisey.com, a new music discovery platform which is made from a partnership between VICE, Dell and Intel, and profiles some of the most talented new bands and local music scenes from around the world.