The Ting Tings not too serious

The Ting Tings feel people want them to take themselves way too seriously, and took their time recording their second album because they were travelling around the world. 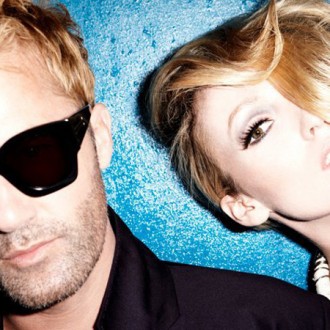 The Ting Tings feel people want them to take themselves too seriously.

The ‘Hang it Up’ group have taken almost four years to follow up debut album ‘We Started Nothing’, but insist they took their time because they have been exploring the world to better inform their tracks.

Musician Jules de Martino told the Yorkshire Evening Post: “People ask us why it’s taken so long and, well, we have travelled around the world, we have done some amazing things as a group, and it wasn’t just about music.

“I think people take that whole concept of what your music style is, what they expect of you, how you’re meant to be in and out of the studio, way too seriously.”

The group – which also includes singer Katie White – first lived in Berlin, then moved to Alicante, Spain, where they finally completed second album ‘Sounds from Nowheresville’, but say they plan to keep on moving around the globe.

Jules added: “We will favour one for six months and think it’s the best thing ever, then all of a sudden we go to visit another place and that takes over for a while.

“We adored South America; Brazil was fantastic to hang out in; the audiences in France are amazing. We lived in Berlin for a while – there are just so many places that are mind-blowing.”

‘Sounds from Nowheresville’ is out in February next year.