The Ting Tings deleted an entire album of material recorded in Berlin so it will never be heard, before making 'Sounds from Nowheresville'. 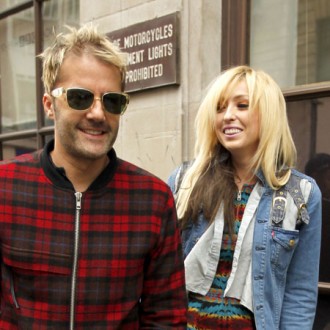 The Ting Tings deleted everything they had been working on before moving to Spain to make ‘Sounds from Nowheresville’.

The ‘Hang it Up’ duo lived in Berlin, Germany, during their first attempt at writing their second album, but were unsatisfied with the results and ensured they will never be heard by deleting them before starting over fresh.

Singer and guitarist Katie White exclusively told BANG Showbiz: “It was quite a tough decision, but not creatively. We’re quite brutal with our songs anyway. Even if it’s an idea and someone goes ‘that’s amazing,’ we’ll be like, ‘no I don’t like it, delete,’ and literally wipe it off.

“I think there was just a lot of pressure, because the label really liked the stuff and could see it tying in with the s**t euro-pop thing at the time, and we were like, ‘nah’.

“We actually deleted the tracks from Berlin, and within a couple of weeks we totally knew we’d done the right thing.”

Multi-instrumentalist Jules De Martino added the only track which contains any ideas from their original sessions is ‘Guggenheim’.

He explained: “We did a version of Guggenheim while we were in Berlin, and lyrically and the idea of the song was amazing, the but recording and the attitude and the performance sucked for us, but everybody thought it was a smash.