The Puppini Sisters want to collaborate with rapper Tinie Tempah, because he is respectful to women in his tracks. 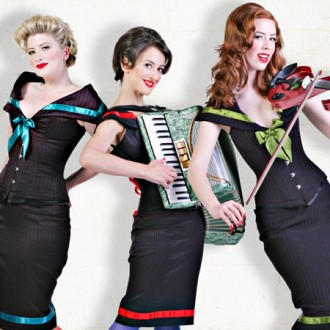 The Puppini Sisters want to collaborate with Tinie Tempah.

The all- girl vocal group have recently worked with Michael Buble on his version of ‘Jingle Bells’, but for their next collaboration want to work on something with more of a hip-hop edge.

The band’s Marcella Puppini exclusively told BANG Showbiz: “I love hip-hop but I’m more into the old school stuff. I’d like to do something with the equivalent of Young MC from the 90s. He was brilliant.

“And young was just so cute and funny, I was crazy about him – a little like Tinie Tempah I guess, to collaborate with Tinie would be brilliant.

“And Cee-Lo – I like him a lot and he has such a great voice as well. But I’d rather someone a little more hip-hop, so definitely Tinie.”

Although they are fans of rap music, Marcella warns there are certain misogynist aspects of it which the group – which also includes Stephanie O’Brien and Kate Mullins – don’t agree with.

Before any future collaborations however, the band are releasing their third album of smooth vocal harmonies, ‘Hollywood’ on December 26 in the UK.