The Killers proud to rock Obama

The Killers star Ronnie Vannucci Jr. says the highlight of his career so far has been performing for President Barack Obama at the White House. 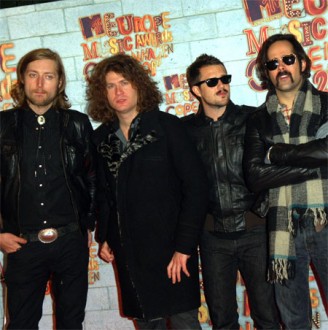 The Killers star Ronnie Vannucci Jr. says performing for President Barack Obama has been the highlight of his career.

The musician and his bandmates – singer Brandon Flowers, guitarist Dave Keuning and bassist Mark Stoermer – played at the White House in 2010, and although they doubted whether or not the invitation was genuine at first he insists the experience was incredible.

Speaking about the performance, he said: “That was a lot of fun, we got an official letter on headed note paper and we didn’t know if it was real – we read it and we were like, ‘What the hell?’, I heard Foo Fighters had played the July 4 show the year before so I rang Dave Grohl up and asked him what it was like. He was like, ‘Dude, that’s like the coolest barbeque ever, you’ve got to do it!’ There’s pretty tight security there, lots of restrictions – one of the funniest things was this very prim and proper female security guard who talked us through all the rules and then when we walked in it was totally relaxed and all the formalities dropped and Obama was great.”

Ronnie and the rest of the group have recently reunited after a short hiatus – during which the drummer recorded an LP as his side project Big Talk – and he admits it’s exciting to be back with the guys.

The four-piece have already been back in the studio and have been coming up with ideas for a new album.

In an interview with Gigwise.com, he said: “Yeah, we’ve been back in the studio working on a few things, it’s going well – we’re not sure where it’s going yet but it’s good to be working with them again.”