The Black Keys think ''Rock 'n' roll is dying'' because of commercial rock bands like Nickelback. 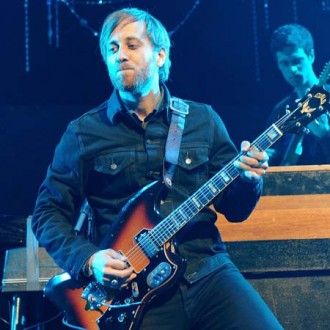 The Black Keys think “Rock ‘n’ roll is dying” because of Nickelback.

The blues rockers blame the fact a radio friendly commercial group like the ‘Rockstar’ group have become so big, putting other bands off from trying to be authentic.

“F**k that! Rock ‘n’ roll is the music I feel the most passionately about, and I don’t like to see it f***ing ruined and spoon-fed down our throats in this watered-down, post-grunge crap, horrendous s**t. When people start lumping us into that kind of s**t, it’s like, ‘F**k you,’ honestly.”

The duo – completed by singer and guitarist Dan Auerbach – have always tried to remain true to their roots since they formed in 2001, and previously admitted initially turning down large amounts of money to use their songs in TV adverts, as they didn’t want to be seen as “selling out.”

Patrick said: “The first offer we ever had to have a song in a commercial was from an English mayonnaise company, and they offered us a lot of money – crazy money. Especially at the time, it was insane.”