Scouting For Girls hate road testing their new material, because it initially always goes down so badly. 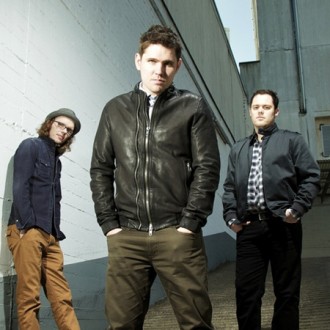 The group are starting work on their third album in London, and while they’d like to showcase new material to fans, they admit some of their biggest hits have gone down badly when played live for the first time.

Frontman Roy Stride said: “It’d be good to test out material, but saying that, our biggest songs have always gone down really s**t live.

“Before they’ve become hits – ‘Heartbeat’, ‘It’s Not About You’ – we’d even stopped playing that live. It was only when the record company heard the demos and went, ‘Oh, you’ve got to record them!’

“With ‘Heartbeat’, up until they put it on the record, we thought it was going to be a B-side, then it became massive.

“‘This aint a Love Song’ was like pulling teeth to play before anyone knew it. You’d get to it on the set list and you’d be like, ‘Jesus, this is three and a half minutes of my life I’ll never get back,’ whereas now people go mental for it!”

Instead the band are looking at inviting some of their closest fans to their studio to hearing what they’ve been working on.

Roy added: “What we’re definitely going to do is in our studio, do some fan club only shows for about 10 or 15 people and it’ll be quite a nice thing for some of our mega super fans, they do a lot for us.”

While fans are waiting for the band’s next record, Scouting For Girls are releasing a bonus edition of their second album, ‘Everybody Wants to be on TV’, with four new tracks on July 18, preceded by new single ‘Love How It Hurts’ which is out now.