Kaiser Chiefs frontman Ricky Wilson was desperate for the band to end their hiatus and return to performing live. 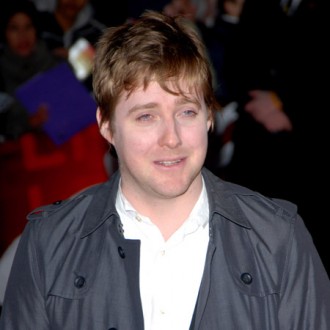 Ricky Wilson was getting “frustrated” b y Kaiser Chiefs’ lack of live performances.

The singer was desperate for his band to end their official ‘hiatus’ – which started in 2008 – and release their latest album ‘The Future is Medieval’ as well as get back on stage by the beginning of this summer.

He said: “I’ve never enjoyed playing as much as I have this summer. That’s partly to do with taking a little bit of time off and getting to a point where it was actually getting frustrating that we weren’t playing.”

Despite his desire to return to the stage, Ricky can’t explain why he enjoys performing so much.

He added: “I have to answer questions all the time about what it’s like being on stage. And I have no idea, it’s just what I have to do. It’s like trying to explain to someone why you’re addicted to heroin. You can’t say, ‘Because it’s really tasty’. It’s just something you can’t figure out.”

Ricky also said how the time away has left him and the rest of the band – Andrew ‘Whitey’ White, Simon Rix, Nick ‘Peanut’ Baines and Nick Hodgson – have been “reinvigorated” by their break.

He said: “I don’t want to sound poncey, but when I play something I have played a million times, like ‘Ruby’, I’m connected with it again the way I was when I first recorded it because I have had some distance, and I’m reinvigorated.

“For most people I’ll be a tiny blip on the stage, but they can tell if you’re projecting a song and you mean it – and we mean it.”