Punk icon Poly Styrene, who was the singer of X-Ray Spex, has died from breast cancer at the age of 53. 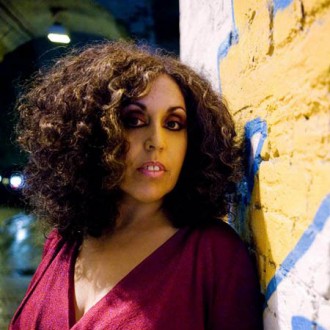 Punk icon Poly Styrene has died at the age of 53.

The X-Ray Spex singer – real name Marian Joan Elliott-Said – lost her battle with breast cancer last night (25.04.11) and passed away in the company of her mother and daughter Celeste Bell-Dos Santos.

Tributes have already begun to flood in for the late musician.

Culture Club singer Boy George wrote on his twitter page: “I was a fan of Poly before I got to know her, she was a Krishna follower too, oh bless you Poly you will be missed! Legend! (sic)”

British comedian David Baddiel also took to the micro-blogging site to praise her, writing: “Germ-Free Adolescents one of the greatest vocals of all time. RIP Poly Styrene. (sic)”

It was only publicly revealed that Poly was fighting the disease in February.

A statement posted on website Poly-styrene.com at the time read: “It comes as a huge shock to all those who know Poly Styrene and X-ray Spex that Poly has been diagnosed with cancer, she is currently undergoing various treatments in her battle with this illness.”

The musician – who released solo LP ‘Generation Indigo’ in March – and her band X-Ray Spex were at the forefront of the punk rock scene in Britain in the late 70s and their album ‘Germ Free Adolescents’ is considered one of the most important records of the movement.

The ‘Oh Bondage, Up Yours!’ singer has been cited as an influence to several modern female-led rock groups, including the Yeah Yeahs Yeahs and The Gossip.