Public Enemy are releasing two albums, 'Most of My Heroes Still Don't Appear on No Stamp' and 'The Evil Empire of Everything' in 2012. 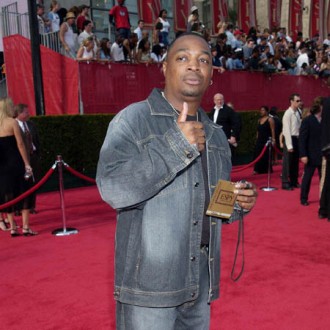 The legendary ‘Bring the Noise’ hip-hop group are to planning to put out ‘Most of My Heroes Still Don’t Appear on No Stamp’ in Summer, followed by ‘The Evil Empire of Everything’ in September.

Lead rapper Chuck D told Billboard.com: “They are two concise statements that are connected in the same breath.”

The group have also meanwhile been working with the Operation: Skid Row street festival, an event which will benefits the Los Angeles Community Action Network (L.A. CAN) dedicated to helping the city’s homeless.

Speaking of the why he got involved in the event, Chuck added: “My place in hip-hop is not to be a tycoon, making trillions with a yacht.

“That’s not my place. My place is maybe bringing people together and me being able to identify and illuminate a cause, and we’ll make it comfortable for them to be themselves but say what they’ve really been wanting to say all along, you know, with my protection.”

Public Enemy, which also features rapper Flavor Flav, and producers Professor Griff, DJ Lord and The S1W collective – have released 12 albums since 1987, their last being 2007’s ‘How You Sell Soul to a Soulless People Who Sold Their Soul?’