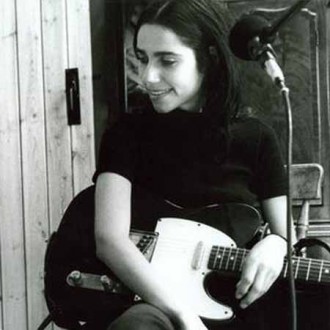 PJ Harvey has announced a new album, ‘Let England Shake’, to be released in February.

The ‘Good Fortune’ singer – full name Polly Jean Harvey – will release her eighth album on Valentine’s Day (14.02.11) which she has revealed was partly recorded in a church in her home county of Dorset, Southern England.

The album features former member of The Bad Seeds Mick Harvey – who is not related to the artist- and musician Jean-Marc Butty. It was produced by Flood, who has previously worked with Depeche Mode and U2 as well as on some of Polly’s previous albums.

Polly told NME Magazine: “We played most of the music live. I didn’t set down any rules. For some reason, we were all in a very good place, with a lot of energy, intensity and vitality in us at that time.

“It was a really enjoyable experience, and I think the record’s ended up full of energy and quite an uplifting experience because of it.”

The record was recorded by John Parish, who Polly collaborated with on a joint release called ‘A Woman A Man Walked By’ last year, although ‘Let England Shake’ will be her first solo release since 2007’s ‘White Chalk’.