Pixie Lott is hoping to team up with both Jessie J and Ed Sheeran to work on some new songs. 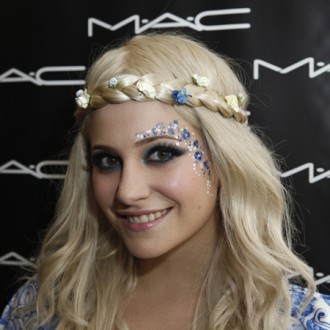 After recording her second album in the US, the ‘All About Tonight’ singer is keen to collaborate with fellow British stars for her next record.

She said: “Me and Ed are going to try to do some writing together. I joined him on stage at one of his shows recently so we have vowed to start writing some songs next.

“Jessie J too, we were meant to have a writing session years ago but our schedules didn’t meet. We have to try and make it happen at last.”

Pixie did, however, have a great experience making new album ‘Young Foolish Happy’ in California, in particular getting to work with soul legend Stevie Wonder on one song.

She added to the Daily Star newspaper: “We met through a friend and I found it all overwhelming. When we met he held my hand for ages; I guess it’s just to feel your aura. We wrote a song called ‘Stevie on the Radio’ and he played harmonica on it.

“I’m thinking about my next tour. I always sing Stevie’s ‘Isn’t She Lovely’ live so I’d like to do more covers of his.”