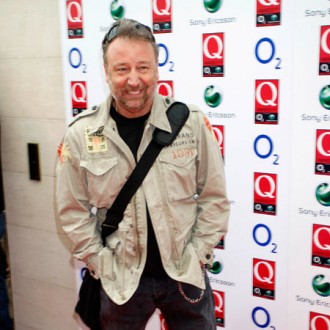 The British musician – who has recently been playing the group’s ‘Unknown Pleasures’ album live in its entirety – is remaking the tracks with former Happy Mondays backing singer Rowetta Idah, who sings with him when they perform the album live.

Peter told website Slicinuipeyeballs.com: “She wants us to record an EP of the four Joy Division songs that she sings, which are ‘Insight’, ‘New Dawn Fades’, ‘Atmosphere’ and a track called ‘Pictures’ that I finished up, which is an old Joy Division track. So we’re going to do an EP of that, just because the versions of the songs with Rowetta singing have a really nice quality.”

The track ‘Pictures’ is taken from a demo which singer Ian Curtis – who hanged himself, thus ending the group in 1980 – recorded but never completed.

Peter – who formed the band New Order with the other members of Joy Division, Bernard Sumner and Steve Morris after Ian’s death, and is now in new band The Light – also said he’s surprised at how good playing the 1979 album still sounds.

He added: “The test of good music is when it sounds as good when it was made as it does now, and I think Joy Division is one of those groups that sounds just as good now as it did 30 years ago, and I think that’s a great compliment to our songwriting skills – all of us, Bernard, Steve, Ian and me.

Peter is playing ‘Unknown Pleasures’ live in the US in December.