Noel Gallagher says seeing the poor chart performance of Beady Eye's singles has been a ''wake-up call'' for him. 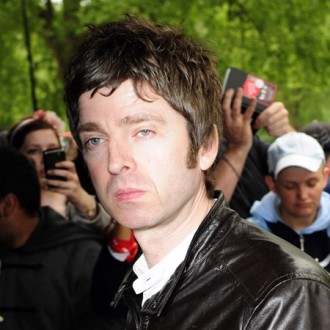 Noel Gallagher was “shocked” by the chart performance of Beady Eye’s singles.

The 44-year-old musician insists he took no pleasure from the fact the group – made up of his former bandmates, brother Liam Gallagher, Gem Archer, Chris Sharrock and Andy Bell – have seen their tracks ‘Millionaire’ and ‘The Roller’ only reach numbers 71 and 31 in the UK singles chart respectively and says it was a “wake-up call” for his own fledgling solo career.

He said: “Do you know what? To be quite honest, it was a bit of a wake-up call. ‘Cos I was like, right, well f***ing hell, maybe that’s what’s out there for me, do you know what I mean?

“So when ‘The Roller’ went in at 30 or whatever I mean, a lot of people were like, ‘F***ing hell, I bet you’re happy with that.’ And I was like, ‘Not really’, I was quite shocked, I thought it would do what Oasis singles do.

Beady Eye released their first track, ‘Bring the Light’ as a free download but Noel insists he won’t be doing the same when launching his solo career because he “values” his music too much.

He added in an interview with NME magazine: “No free downloads. I value my music. I don’t sit in a studio, and f***ing make it up as I go along and go, ‘This one’s free then.’

“I think if you buy it, you as a listener value it more. I’m just not into free downloads and that’s the end of it.