New Kids On The Block and Backstreet Boys close AMAs

New Kids On The Block and Backstreet Boys gave a nine man collaborative performance to close the American Music Awards (AMAs) last night (21.11.10), showing fans what they can expect when they tour. 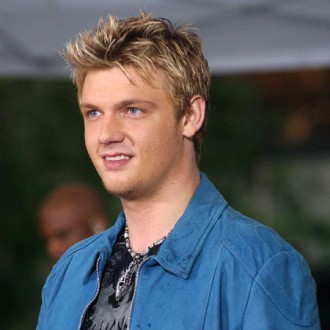 The two boy bands – now known by the acronym NKOTBSB – joined forces for the show, performing songs by both bands, and giving a glimpse of what fans can expect from their forthcoming tour.

Ahead of their performance, Jordan Knight of New Kids On The Block played down any suggestion of competition between them, telling MTV news: “I think a lot of people, when they hear New Kids are going on tour with the Backstreet Boys, they think we’re gonna face off; we’re gonna be in some kind of rivalry.

“But that’s not the case. They’re gonna see that it’s a collaboration, that we get along – and you’ll see it on our performance.”

The group’s performance saw them medley Backstreet Boys; ‘Everybody (Backstreet’s Back)’, ‘I Want It That Way’, and ‘Larger Than Life’, and New Kids On The Block’s ‘Step By Step’, and ‘You Got It (The Right Stuff.)’, complete with a huge choreographed dance routine.

Backstreet Boys’ Nick Carter said he’s honoured that he’ll be sharing a stage with his late 80s forefathers when they go on the road next June.

He said: “We appreciate and respect everything that these guys have done for the music industry, and now it’s just great to be together. I think that’s what’s awesome.”