Michael Bolton is hoping to work with Adele after he was ''blown away'' when they both performed on the same TV show. 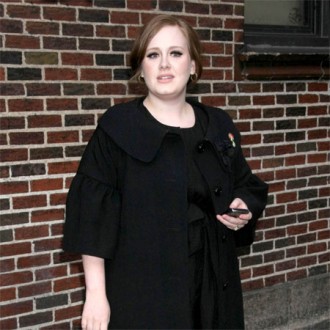 Michael Bolton is hoping to work with Adele.

The ‘Someone Like You’ singer left quite an impression on the 90s singer – known for his long curly hair and hits such as ‘Time Love and Tenderness’ and ‘ How Am I Supposed To Live Without You’ – after they both sung on the same episode of US TV show ‘Dancing with the Stars’.

He told the Daily Mirror newspaper: “I was blown away by Adele. The same with Lady Gaga. I knew she’d be a star.”

Adele, 23, has enjoyed huge success in Europe and the US this year with her second album ’21’, but said she never dreamed of making it as a singer, and thought she was destined to lead a normal life.

She said: “This success literally all fell into my lap. I was always singing and knew I would be involved in music. But I thought I would be a receptionist or work in a shop and on my days off go and play an acoustic show to my family and friends.

“I never ever thought this would happen.

“I didn’t bother to dream about being a professional singer because everyone I know has dreams and none of theirs has come true, so why would mine?”

The ‘Chasing Pavements’ star didn’t even bother handing out demo tapes of her singing and was instead only discovered when a talent scout stumbled across her MySpace page.

She added: “I didn’t bother to hand my demos in anywhere as I didn’t even know where record companies were.

“Nothing has ever sunk in. Being a singer is like an out-of-body experience and a bit bizarre.”