Mel C doesn't ''need'' a Spice Girls reunion, and would rather concentrate on her solo career. 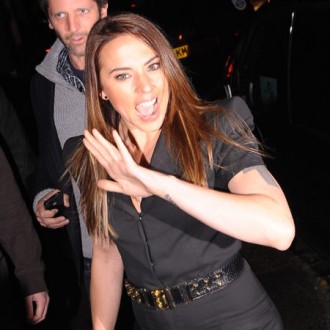 The singer released her fifth solo album, ‘The Sea’, earlier this year and would rather concentrate on that, than go back to the girl group, who are rumoured to be getting back together to perform at the London 2012 summer Olympics.

When asked about the Spice Girls, Mel said: “I don’t need that. Sure, it was great being on stage again with Victoria [Beckham], Emma [Bunton], Mel [B] and Geri [Halliwell] in 2007. But at the moment we don’t have any further plans. I’d rather focus on my solo career. Then I don’t need to compromise.”

Mel – full name Melanie Chisholm – also said the level of fame her old group achieved put a great deal of pressure on them, which wasn’t always easy to cope with.

She added to German Newspaper B.Z: “The band changed my life completely. I was 19 when we started the Spice Girls.

“We had to work extremely hard for our success so we often felt exhausted. And then there was the pressure of the media. Looking back I would say it definitely wasn’t easy for us.”