Lauryn Hill wanted her classic album 'The Miseducation of Lauryn Hill' to be full of ''valuable life lessons'' that weren't taught in school. 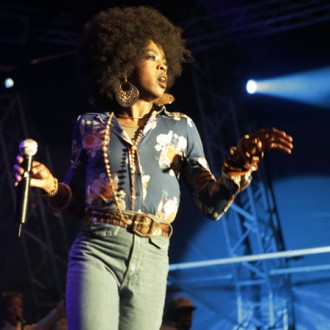 Lauryn Hill designed her classic album ‘The Miseducation of Lauryn Hill’ to be full of “valuable life lessons”.

The former The Fugees singer reflected on what she was trying to achieve with the 1998 record, by trying to get across valuable messages that weren’t taught in schools to her younger generation of fans.

She told Reebok Classics Presents in a video interview: “The ‘Miseducation’ was sort of a play on low and high culture coming together, what I intended to get across what there was a learning process of understanding that came from a non traditional way.

“That album was going to be an embodiment of what a more formal paradigm would call uneducation or wouldn’t acknowledge, but were in fact valuable life lessons.”

The album was also her solo debut after recording with The Fugees and Lauryn admitted she was at first nervous about the tracks, but gained confidence the further along she got with the recording.

She added: “If anything it was just about learning how to trust my individual voice, and I had some very strong ideas, and I was very strong about those, I felt strongly about those, so I was excited and once the momentum started going in a certain direction.

“It was all about working out the kinks and continuing to do it. I was making this music I thought was beautiful and just making something contemporary that my generation could get excited about.”