Kings of Leon prepared for criticism

Kings of Leon have admitted their new documentary 'Talihina Sky: The Story Of Kings Of Leon' could make people dislike them ''even more''. 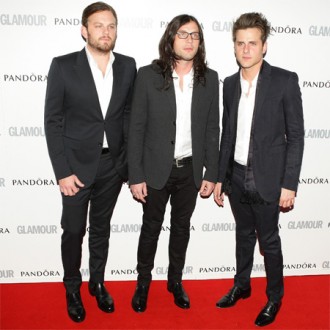 Kings of Leon think their new documentary could make people “dislike” them more.

The ‘Sex On Fire’ hitmakers’ rise to fame is chronicled in new film ‘Talihina Sky: The Story Of Kings Of Leon’, and while they are hopeful the footage will earn them more respect, they know it could polarise opinions.

Bassist Jared Followill said: “I think if anything it will, y’know, give us a little bit more respect from people who maybe didn’t believe what they had read.”

His cousin, guitarist Matthew Followill added to BANG Showbiz: “They’re either going to like us more, or dislike us even more.”

Jared is hopeful that the film can “validate” the opinions of their original fans and prove their disadvantaged background was not a fabrication designed to sell more records.

He added: “I think it’s kind of like validation for people who believed us, but didn’t know completely. And there were a lot of people who didn’t believe us, especially in the beginning, because the press really romanticised it and they embellished some things, but seeing it, for themselves, I think this film allows people to finally see what everybody was talking about the entire time and see that we come from not the best beginnings.”