Kings Of Leon call each other 'stupid and ugly'

Kings Of Leon call each other ''stupid and ugly'' when they fall out in the studio. 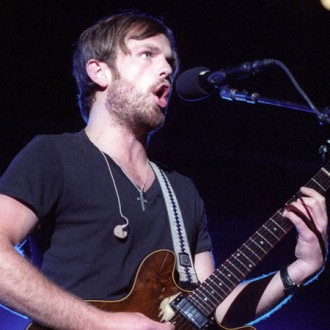 Kings Of Leon call each other “stupid and ugly”.

The ‘Radioactive’ group – made up of brothers Caleb, Nathan and Jared Folowill and their cousin Matthew – say their close familial bond enables them to be more open with each other than most bands, which has an effect on their music.

Frontman Caleb said: “Everybody kind of pulls in different directions, and our sound is created in that push and pull. That’s Kings Of Leon, whether we like it or not.

“I think a band that wasn’t related might find that hard to take. We can look at each other and be like, ‘You’re stupid, you’re ugly, and that part sucks a*s.’

“That’s brother to brother – once we all step up to the mark, all that is forgotten.”

The band’s latest album, ‘Come Around Sundown’, features mostly improvised lyrics from Caleb, and Nathan, the band’s drummer, reckons that even when he thinks he’s speaking nonsense, the singer came up with pivotal statements.

Nathan told The Telegraph newspaper: “He has the rare gift of subconscious writing. His wheels are turning at all times, and even his dummy lyrics flow together and make sense.

“In his own mind he might think he’s rambling, but some of his least favourite lines, the lyrics he wanted to change, they were the pivots the song revolved around.”

‘Come Around Sundown’ is out now.