Kesha says Britney Spears singing words she wrote on the track 'Till the World Ends' is ''better than any drug''. 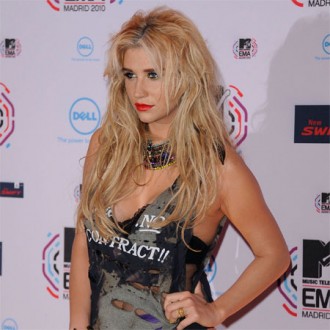 Kesha says Britney Spears singing words she wrote is “better than any drug”.

The ‘We R Who We R’ singer lists one of her greatest achievements to date as co-writing Britney’s track ‘Till the World Ends’ from her ‘Femme Fatale’ album, released a single in March last year.

The singer is preparing her own second album for release this year and thinks fans will he shocked at how it will shows her “vulnerable” side.

She added: “I have a lot of growing and evolving to do. I’m definitely not a one-trick pony and I think people are starting to see that more and more.

“I think that my first record was very brash and very sassy and very unapologetic and irreverent. And I love that.

“But I have learned over the past three years of doing this that being vulnerable doesn’t mean you’re weak. I very much want to be seen as a strong woman, but I realise that vulnerability can also be a strength.

“So on my next record, you are going to hear probably a little more of that.”