Keane pianist Tim Rice-Oxley says the group's forthcoming album is ''clicking into place'' after the band have done ''a lot of experimenting'' with various styles. 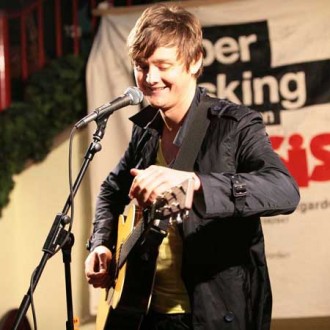 Keane have been doing “a lot of experimenting” on their forthcoming album.

Pianist and vocalist Tim Rice-Oxley said the band have settled on a style for their next record and it is now “clicking into place” after trying various approaches.

In a post on the band’s official blog, he wrote: “Apologies for the recent radio silence from Keane HQ. We’ve been very busy in the studio trying to bash a huge pile of new songs into shape.

“We started with a list of about 40 songs I think, and our job for the last few months has been to narrow that down to a shortlist of about 15.

“It has taken us a while to find an atmosphere and an approach which feels right for the songs and which ties the whole thing together into one cohesive story, but things are finally starting to feel right.

“Songs that have eluded us through many different attempts are clicking into place at last. And it seems like we’re all agreeing on a ‘sound’ for the album after a lot of experimenting with different approaches.”

But the 35-year-old musician admitted there is still plenty of work for the band – completed by Tom Chaplin, Richard Hughes and Jesse Quin – and to get through before the album, which is yet to have a release date, is complete.

He added: “There’s still masses of work to do, but it’s all really exciting and I feel like you guys are going to love it. I hope so anyway!”