Katy B cuts down drinking

Katy B drinks less alcohol now she is famous, because she doesn't want to let her fans down. 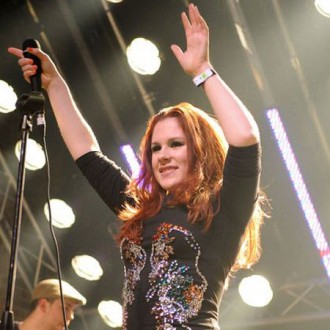 Katy B drinks less now she is famous.

The ‘Easy Please Me’ hitmaker believes she can no longer go out and get “slaughtered” on a night out because she often has to perform the next day – and would not want to upset her fans by underperforming because of a hangover.

She said: “I’ve got to sing every night so can’t get out and get completely slaughtered because it takes me a week to get over it. I definitely don’t think I have done enough going out already, every opportunity I get to go out, I do it.

“But I have to be sensible. People who have paid money to see me don’t want to see me singing really badly because they’ll not feel like they’ve got their money’s worth.

“I’m more teetotal now that I was before. It’s like when you don’t go out because you’ve something important on the next day. Well every day is like that for me now.”

Despite rising to fame quickly, 22-year-old Katy would not have taken the alternative route of appearing on a reality TV show, as she would be worried about losing control of her image.

She added: “I wouldn’t do it because I’d be scared of the amount of control other people would have over me and I like writing my own songs and making music with people I know and trust.”