Kate Bush is working on a new album of original material 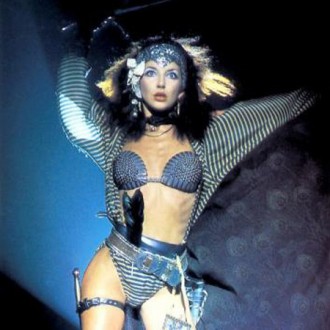 Kate Bush is working on a new record.

The ‘Hounds of Love’ singer has just released ‘The Director’s Cut’ which saw her re-record tracks from her ‘Sensual World’ and ‘Red Shoes’ albums, but said she is also writing her first original material since 2005’s ‘Aerial’.

She told BBC Radio 6: “I’m working on a new record. It’s all kinds of bits and pieces, really. There’s always ideas buzzing around, but it’s whether they actually end up materialising into a song. It’s quite an elusive process.”

It could take a long time for Kate’s next album to appear, however, as she is renowned for her slow work rate – having produced just ten albums in her 33 year career.

Kate also quashed rumours she would tour for a second time, after her one and only Tour of Life. which took place in 1979.

She added: “People always presume I didn’t enjoy that tour. I did enjoy it.

“But I haven’t got any plans to do any live shows whatsoever. I’m very much engrossed in trying to making new material. I’m extremely flattered that people are interested.”

‘The Director’s Cut’ is out now.