Kasabian singer Tom Meighan has described the development of their songs as like going from seeds to ''giant beanstalks''. 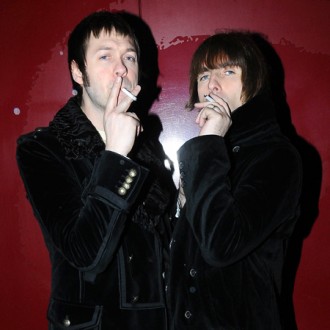 The ‘Underdog’ band are presently working on their fourth album, and singer Tom Meighan explained how their writing and recording process starts with guitarist Serge Pizzorno, and grows when the rest of the group join in.

Tom told Absolute Radio DJ Ben Jones: “It all stems from Serge, he plants the seeds and this sort of giant beanstalk starts forming and then we take it in and start to lay down the drums and go from there.

“Serge has just had a baby and he’s working on his stuff at home, but I think this album is going to be out much sooner than we thought it would.”

He added: “I heard his album about three months ago – he came to my room and put it on a little stereo. “His album’s fantastic and it’s not Oasis anymore, its Liam’s band. I support him all the way with that. I don’t think he cares, he just wants to make music.”

Tickets for the Isle of Wight Festival 2011 are available from the Absolute Radio ticket store, www.absoluteradio.co.uk/music/tickets.