Justin Bieber told to be wary about fame 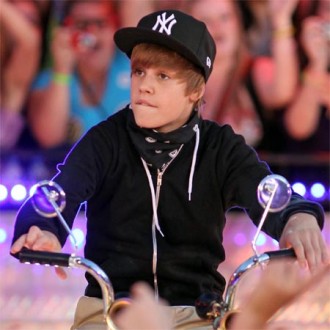 Vanilla feels he can relate to the 17-year-old singing sensation as he wrote his only hit, 1990s ‘Ice Ice Baby’, when he was a teenager, and has warned the young star a fall from grace can be quick and painful.

He said: “I did ‘Ice Ice Baby’ when I was 16. So I can kind of relate a bit. I sold over a hundred million records and I had a weekend that lasted about three years, and I didn’t know who I was, what’s my purpose in life.

“My prediction about Bieber is that he’s going to go through one of those weekends that lasts a few years because he’s had such success as a child act.”

For Vanilla – real name Robert Van Winkle – a number of bad business decisions saw him quick fall out of the limelight and lapse into drug abuse, and despite many attempts he has never been able to recover his career and enjoy the level of fame he once had.

Justin has also quickly become a huge international star, with his track ‘Baby’, a movie charting his life and a successful perfume, but has this week said he is taking a month off, to give him some time to “grow up”.

He said: “It’s been great to just think and enjoy hanging out with friends. I’m still growing up, and when you’re working every day, you don’t really get a chance to figure out who you are.

“So with the time off, I’m able to think, pray and just kind of grow up.”