Johnny Marr has left The Cribs to pursue his solo career. 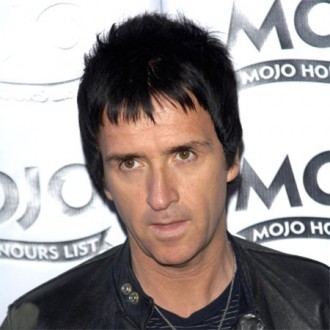 Johnny Marr has left The Cribs.

The guitar legend – most famous as a member of The Smiths – has left the group ahead of this summer’s live shows so he can concentrate on his solo projects.

He said in a statement: “I’m working on new solo songs. I’ll be putting out two records over the next year or so and doing more film soundtrack work.”

Johnny joined the band – made of twins Gary and Ryan Jarman and their brother Ross – in 2008, recording their last album, ‘Ignore the Ignorant’, with them.

He added: “Touring and recording with Ryan, Gary and Ross has been fantastic and ‘Ignore The Ignorant’ is something I’m really proud of.

“We ended up doing much more than we originally set out to and I’ve made three good friends.”

Johnny also joined US group Modest Mouse for their 2007 album ‘We Were Dead Before the Ship Even Sank’, but left when he joined The Cribs. In addition to his solo work the guitarist is planning to start writing his autobiography.

Johnny also worked on the soundtrack to the film ‘Inception’, alongside composer Hans Zimmer which was nominated for a BAFTA award this year.

The Cribs have previously announced they will head to the studio to record their fifth album after they have played a string of dates at summer festivals.