Johnny Cash's personal items including a denim jumpsuit, guitars and handwritten lyrics have fetched over $700,000 at auction. 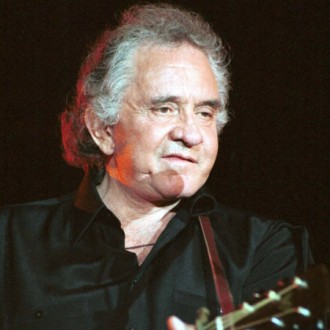 Johnny Cash’s personal items have fetched over $700,000 at auction.

After a bidding war, a blue denim jumpsuit Johnny is wearing in one of the most famous pictures of him – where he is angrily swearing with his middle finger at the cameramen, mid-performance – finally sold to a Belgian collector for $50,000.

Also among the lots in the three-day auction were a Martin D-28 acoustic guitar, which Johnny had signed and wrote the first four lines of his track ‘I Walk the Line’ on, which also raised $50,000.

Another lot was a handwritten lyric sheet for a love song called ‘I Draw the Line’ which featured the couplet: “I have often fallen to the lure of smouldering eyes / and I’ve given in to the wilder side of me.”

Some of the proceeds from the auction will go toward the Musicares charity, which raises money for struggling musicians.

The auction is the first major auction of Johnny’s possessions since 2004 when a sale was held to pay estate taxes after Johnny and his wife, June Carter Cash, died in 2003. The auction raised almost $4 million.