John Legend has offered to help Cheryl Cole establish herself as a star in the US, although he claims he won't be watching her on 'X Factor'. 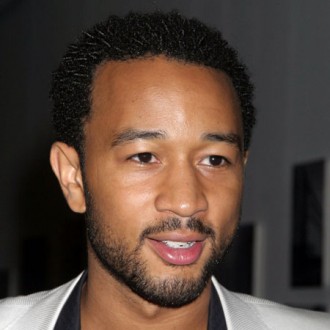 John Legend wants to help Cheryl Cole launch her music career in the US.

The ‘Save Room’ singer is a huge fan of the new judge of ‘The X Factor’ US, and although he won’t be tuning in to watch the show, he has offered to her establish her as a solo star in America.

He said: “Whatever Cheryl needs, I’m glad to help. But I’m sure she will be fine.

“It’s big her getting the job on ‘X Factor’ USA. A lot of people don’t know her in the States but they will now.

“I’m not much of a talent show watcher so I won’t be tuning in personally. When you do it professionally it’s hard to watch talent shows, but I know it’s good for everybody else so I’ll just be a little snob in my corner while the rest of world is tuning in.”

John is also desperate to play more shows in the UK and is hoping to be invited for some festivals this summer.

He told the Daily Star newspaper: “I’ve done festivals everywhere but in the UK. I heard the track I did with Magnetic Man went down well in the UK which I’m happy about.

“I was there in November with The Roots and that was fabulous. We played ‘Jools Holland’ which was a lot of fun.”