JLS have revealed they would love to work with Gwyneth Paltrow on a track for their new album. 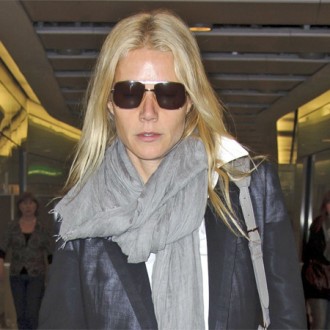 The British boyband are huge fans of the ‘Country Strong’ actress and budding singer and loved performances she gave alongside Cee Lo Green and Babyface so much they want her to work on a track for their new album.

Singer Aston Merrygold said: “She could be the lead girl on a track. It would be brilliant.”

His bandmate, Marvin Humes, added: “She was brilliant on ‘Glee’ and wicked with Babyface too. And with Cee Lo Green.”

As well as working with Gwyneth, the boyband – currently preparing for the release of their 3D movie ‘Eyes Wide Open’ – also hope to follow in the footsteps of fellow boy band Take That, who appear on the soundtrack to new movie ‘X-Men: First class’.

JB joked: “We’d like to do something similar one day. I’d like to do it for a film like ‘Gladiator’ but the other boys prefer a rom-com.”

Marvin added: “We’re all ladies men so yeah, definitely for a rom-com.”

JLS and Take That will both perform at the National Movie Awards, held at London’s Wembley Arena tonight (11.05.11), which Gwyneth is also set to attend.