Jennifer Lopez has credited her producer RedOne for bringing out the best of her on new album 'Love?'. 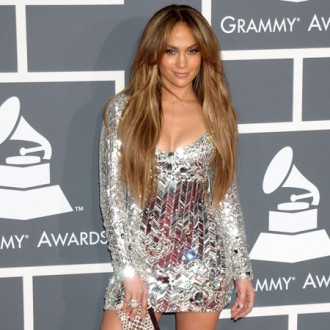 The actress-and-singer worked with RedOne on several tracks for her album ‘Love?’ and insists the pop mogul – real name Nadir Khayat – has brought the best out of her, something which she credits to his Moroccan, Swedish and American heritage.

Jennifer – whose single ‘On the Floor’ has been a worldwide hit – said: “He’s awesome. He’s one of the nicest people and has a beautiful spirit. He can create something the whole world will love and that is probably to do with his international background.

“Some people can do dance, others can do urban or pop, but Nadir does it all and understand what makes a hit on every level.”

RedOne has worked with Gaga on several hits, including ‘Poker Face’ and upcoming single ‘Judas’, and has also masterminded songs for Alexandra Burke, Enrique Iglesias and Nicole Scherzinger.

The LP – which is released on May 2 – contains the tracks ‘Invading My Mind’ and ‘Hypnotico’ which were co-written by RedOne and Gaga, and Jennifer has revealed the producer encouraged her to get back to her dance roots on the record.

The singer added to the Daily Star newspaper: “I’m a dancer first. That’s the conclusion we came to before making any music. I wanted to go back to my dance roots. There’s a lot of different flavours on the album. One has a Caribbean feel, another more urban, but RedOne gives you straight-up dance tracks.”