Jennifer Hudson feels she has lived ''four different lives'', which is why she has named her latest album 'I Remember Me'. 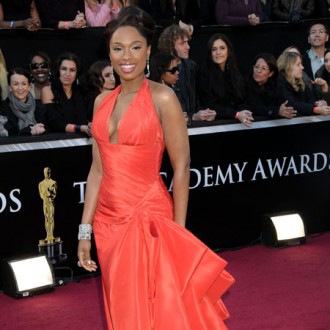 The singer-and-actress – whose mother Darnell Donnerson was murdered in October 2008 along with her brother Jason Hudson and seven-year-old nephew Julian – shot to fame after competing on ‘American Idol’ in 2004 and says she chose the title of her new album, ‘I Remember Me’, to reflect the changes which have taken place in her life, including becoming a mother to son David, now 20 months.

She said: “The name of the album is ‘I Remember Me’, I came up with the title as I always say that in 29 years I feel like I have lived four different lives. I almost can’t even recognise that person from ten years ago.

“I’m looking at me now and I’m like, ‘Who am I?’, not just physically, but even when I look around at my environment, this wasn’t here ten years ago and I wasn’t who I am today.

“The way to identify myself is from my hands and from a familiar face. Those are the things that make me say, ‘Oh, I remember this, I remember that, I remember me and who I used to be.’ That’s where the name of the album came from.”

Jennifer loved working on her new album with collaborators including Alicia Keys, Ne-Yo and R. Kelly and says it was a very different experience to when she recorded her self-titled debut LP, which was released three years ago.

She said: “It didn’t take as long of a process to record this album as it did the first one. It’s also a completely different experience. I feel like it’s at the next level and I’m in a different place. I feel like album reflects that and there’s a real energy from all the people I worked with.”

Jennifer’s single ‘I Remember Me’ is out now, and her album will be released in the UK on April 25.